The 2009 GLAAD Media Awards came to San Francisco Saturday, the third event in their series of traveling galas after last month's star-studded party in LA and their March bash in NYC. We had the chance to chat with Jason Lewis about reprising his role in the upcoming Sex and the City sequel and SJP's special deliveries. Simon Rex was also on hand, and he opened up about his good friend Paris Hilton and her relationship with Doug. Here's more: 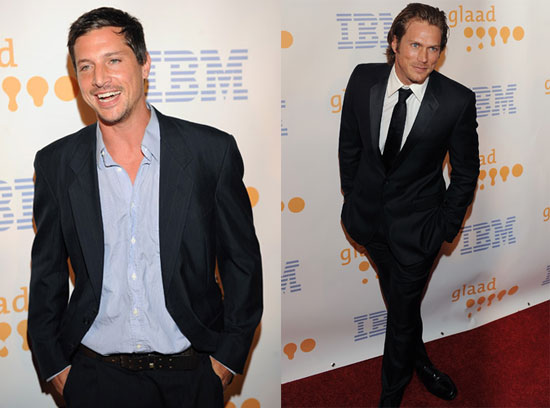 To see more photos of Jason, as well as pictures of Simon and what he had to say about Paris just read more