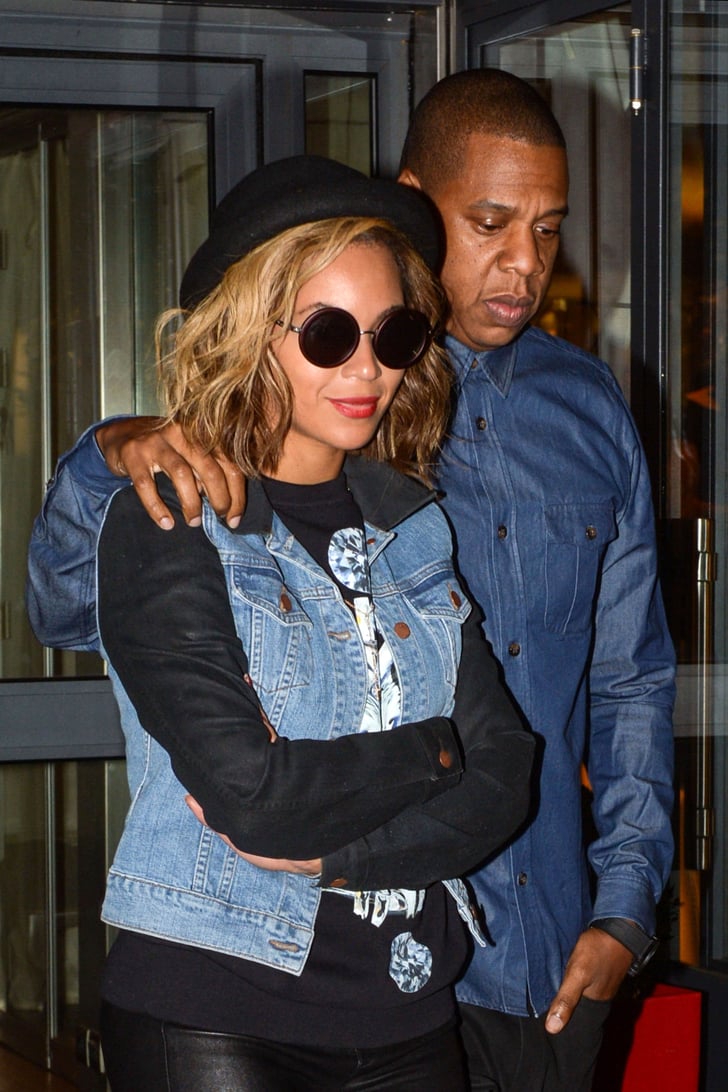 Beyoncé and Jay Z got cozy after having dinner together at the La Petite Maison de Nicole restaurant in Paris on Sunday night. The power couple matched outfits in denim tops and black pants for their low-key date. Jay Z and Beyoncé are currently overseas for both of their world tours — Jay is set to perform two shows at the Palais Omnisports de Paris-Bercy this week, while Beyoncé is likely just making a quick stop in France before hitting the stage for her Mrs. Carter Show World Tour concert in Auckland, New Zealand, on Wednesday.

Jay Z met up with his wife in the City of Light after performing at London's O2 Arena on Saturday night. He arrived at the concert by underground Tube along with Timbaland and Chris Martin, who both joined him on stage that evening. By the look of these sweet photos, the couple's 12-year relationship has still got the same pizzazz, as it did when they first met. As Jay recently told Vanity Fair about courting Beyoncé, "[in 2001] we were just beginning to try to date each other. You've got to try first. You got to dazzle . . . wine and dine."