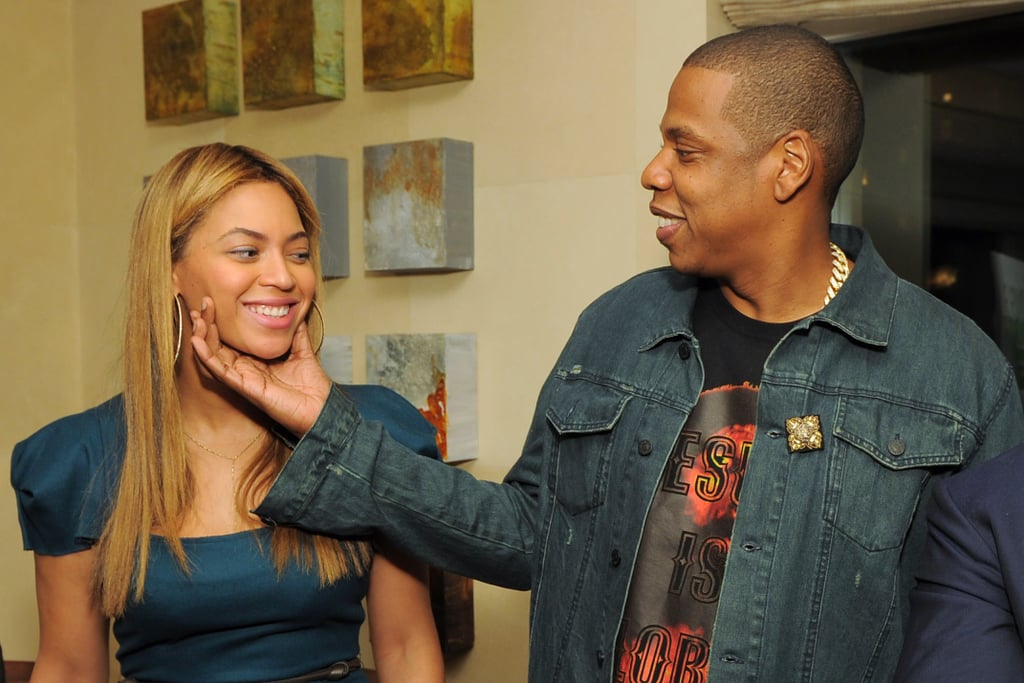 Jay-Z and Beyoncé Knowles hit the town in NYC last night to celebrate a book from their pal Erica Reid. Erica, wife of Jay-Z's business associate and producer L.A. Reid, has written a tome called The Thriving Child, and she hosted a bash to celebrate its release at a private residence. Mary J. Blige also came out to toast Erica's accomplishment. Beyoncé picked out a teal Roland Mouret dress for the book bash, but on Monday night, she was decked out in a considerably different style. Beyoncé wore see-through Givenchy with an over-the-top feathered train to the Met! Jay-Z was on Beyoncé's arm for the 2011 gala, but skipped out this year — perhaps because someone needed to stay home with their 4-month-old daughter, Blue Carter!

Previous Next Start Slideshow
Jay ZBeyoncé Knowles
Around The Web