Rumors have been circulating for a while that Jennifer recently had both her nose and boobs done. Instead of heading over to Oprah, she talked to People Magazine to clear the air. She did undergo surgery on her nose for a deviated septum. As for those great breasts? Well, once again she is saying they are all real. You'd think that she'd be annoyed by having to address the whole thing, and she probably is, but publicly she just laughs it off. Here's more: 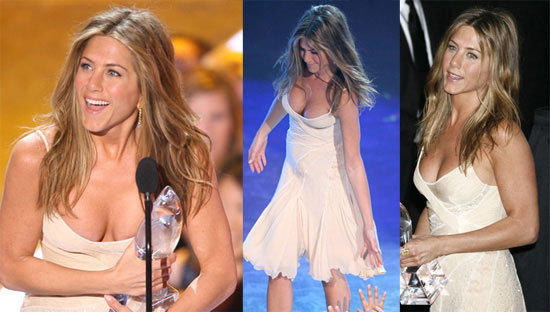 I wouldn't have blamed her if she just would have said, "You know what? My boobs are really none of your business!" Or perhaps she can tell us what to wear to make them so fabulous. It's refreshing that she's able to keep a positive attitude through it all.