Jennifer Aniston traded her purple string bikini for a black one to keep her vacation going strong in Cabo, Mexico yesterday. Instead of hitting the stores on Black Friday, she lounged in the sun and worked on her perfect sun-kissed glow. Jennifer chatted away with one of the guys who accompanied her and Chelsea Handler on the Thanksgiving getaway, while the talk show host took a break from sitting by the pool. Aniston sported a sarong, chatted on her BlackBerry, and pulled her usual move of tying her suit down to avoid tan lines. Her south of the border break came after facing colder weather shooting Wanderlust in NYC with Paul Rudd. That movie had her decked out in scarves and coats, though her next project to hit the big screen, Just Go With It, will show off the beach body she works so hard on. 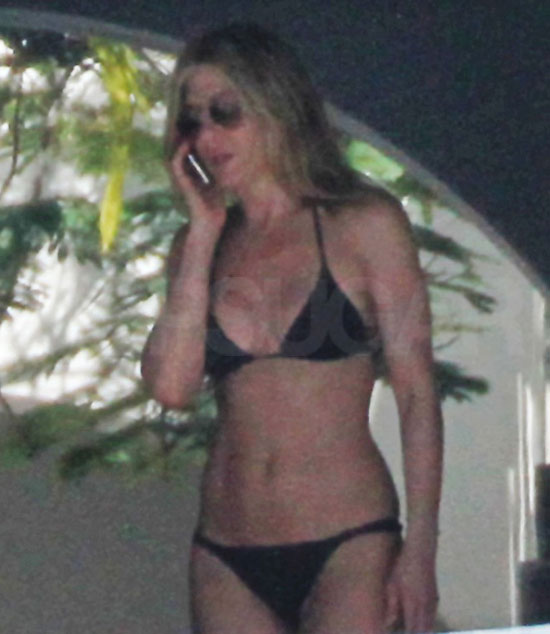