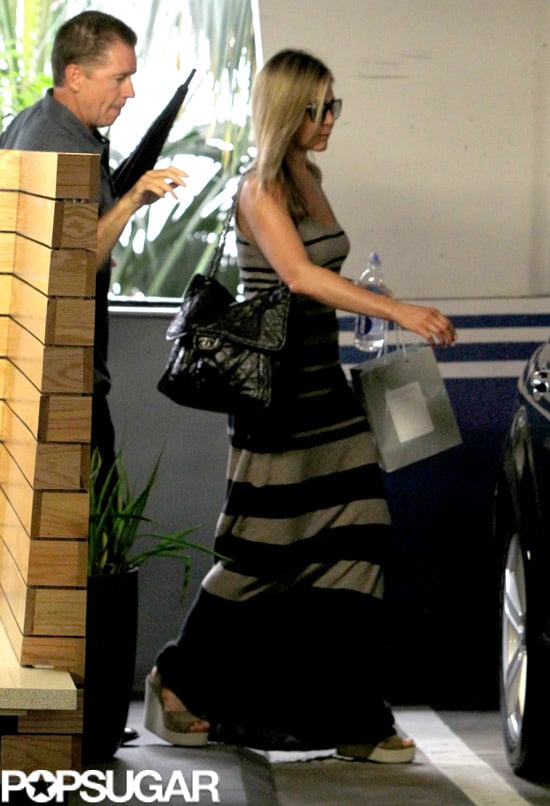 Jennifer Aniston is back on her home turf of LA to prepare for beau Justin Theroux's upcoming birthday bash. She ran errands alone in Hollywood yesterday, while Justin (below) attended to business of his own in Santa Monica, CA. According to reports, Jennifer is planning a birthday party for Justin on Saturday at their newly renovated Bel Air home. The two actors are back on the West Coast after spending quite a bit of time in NYC to work on their two new projects — Squirrels to the Nuts for Jennifer and The Leftovers for Justin. Despite the stopover in LA, Jennifer won't be spending time at home for long as she is due to begin a press tour for her new film, We're the Millers, in Europe next week.

If you can't get enough of the former Friends actress, be sure to check out Jennifer's best quotes from over the years, including her thoughts on love, marriage, and having children. 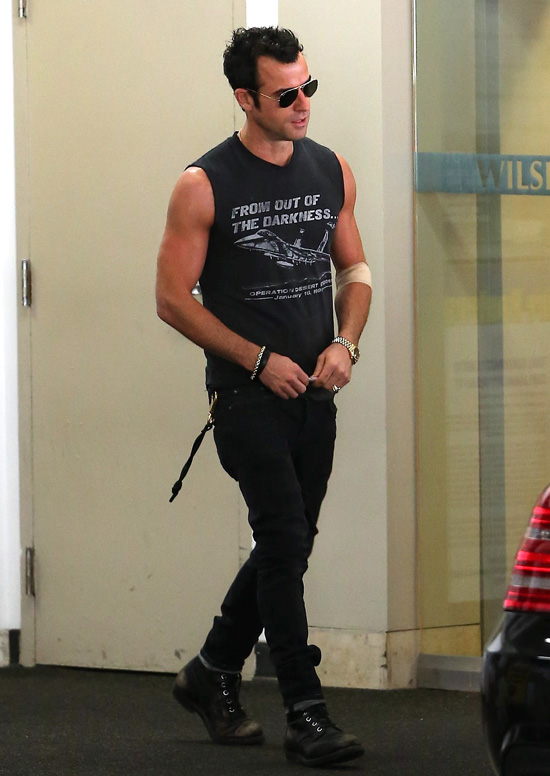