Jennifer Aniston sparkled in Lanvin at the premiere of The Switch last night in Los Angeles. The actress cuddled up with her adorable young costar Thomas Robinson, who plays her son in the comedy, and posed for pictures with her real-life friend and onscreen leading man, Jason Bateman. The directors of the film told us Jennifer was always their first pick for the starring role and revealed that she has a surprisingly dark sense of humor. Jennifer and Jason's costar Juliette Lewis sported blue hair for the big night and said that the whole cast became super close while filming. Aniston also admitted she's over all the baby talk that comes with promoting the project, which is understandable considering its hotly discussed messages about motherhood. Still, Jennifer keeps everything lighthearted and fun, as she demonstrated talking to us about bikinis while snacking on Doritos. The Switch is out Friday, so check out Casa's look at all its cool interiors. 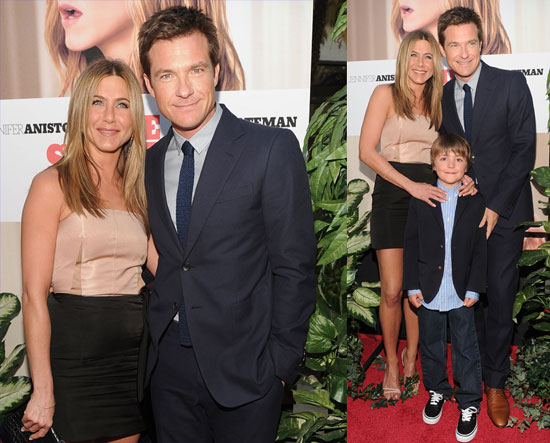 For more pictures of Jennifer and the cast, just read more.