Jennifer Aniston, Drew Barrymore, and Ginnifer Goodwin premiered He's Just Not That Into You this week, and they recently sat down with Marie Claire to order a few drinks and chat about their movie and their own love lives. Jen even chatted about saving old voicemails from her husband and boyfriends and how the truth always comes out after a breakup. Here's more: 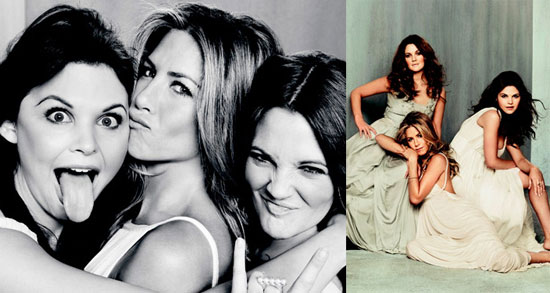 To hear what the girls do after a breakup, as well as more photos from the magazine, just read more.

It seems like Jen, Drew, and Ginnifer all came away with a new bunch of girlfriends to share their loves and heartbreaks with in the process of making their movie, which hits theaters on Friday.

Drew Barrymore
Drew Barrymore Has Tried It All When It Comes to Hair, but There's 1 Style She's Afraid Of
by Jessica Harrington 4 weeks ago