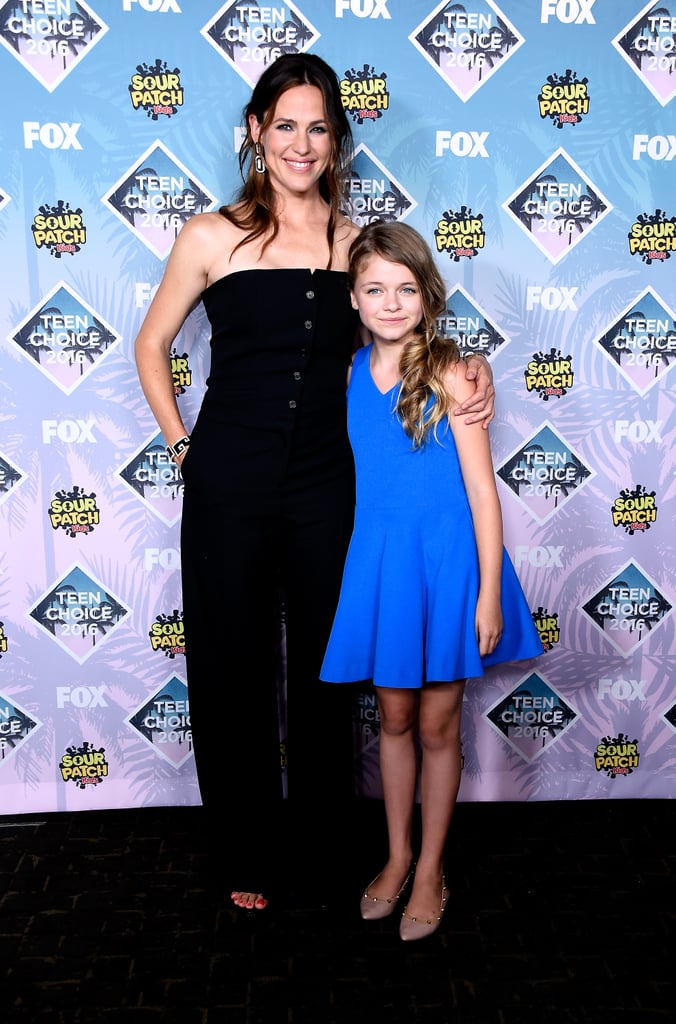 Jennifer Garner lit up the Teen Choice Awards in LA on Sunday when she took the stage with her Miracles From Heaven costar Kylie Rogers to accept the choice drama movie award for their film, which also stars Queen Latifah. The ladies thanked the voters for their giant surfboard and posed for photos together backstage; Jennifer looked fresh and gorgeous in a black strapless jumpsuit and half-up hairstyle — anyone else getting 13 Going on 30 vibes?

We've seen a lot of Jen lately, both on the red carpet and on the streets of LA. Most recently, she looked carefree while running errands amid reports that she and estranged husband Ben Affleck aren't planning to divorce after all — a friend close to the actress revealed to People that "Ben still doesn't want the divorce and he might actually get his way." She also stepped out for the Starkey Hearing Foundation Gala earlier this month, where she was honored for her work with early education.