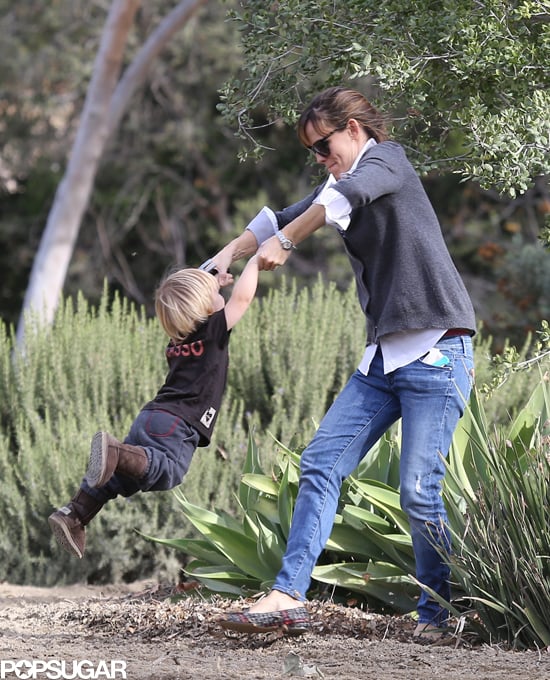 Jennifer Garner gave her son, Samuel, a big swing when they had a post-Thanksgiving weekend visit to an LA horse ranch on Monday. The Dallas Buyers Club star played helicopter with her young tot, who was wearing teeny-tiny Ugg boots and a Pablo Picasso t-shirt. The two had a mother-son day together while Samuel's older sisters, Violet and Seraphina, were busy with activities of their own. Meanwhile, Ben Affleck is currently still working on his latest feature, Gone Girl, and is preparing to take on Batman in the highly anticipated Batman vs. Superman, which will reportedly start filming early next year. Despite Ben's busy schedule, he made time last week to take his daughters to a playground with Jennifer. 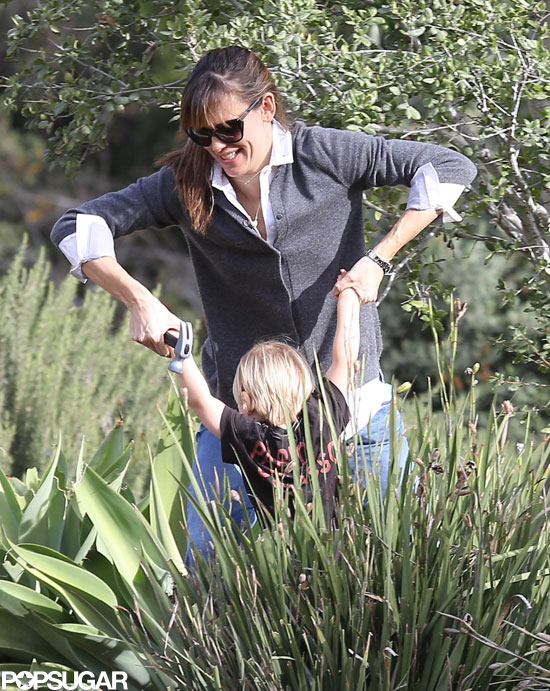 The couple are also gearing up for another busy award season, as Jennifer's most recent film, Dallas Buyers Club, is creating a lot of award buzz ahead of the major award season nomination announcements. On Monday, Jennifer's costar Matthew McConaughey won the best actor award at the Gotham Awards, although neither Matthew nor Jennifer could make it to the special bash.

Samira Wiley
Samira Wiley and Lauren Morelli Welcomed Their First Baby, and Her Name Is My New Favorite
by Alessia Santoro 13 hours ago