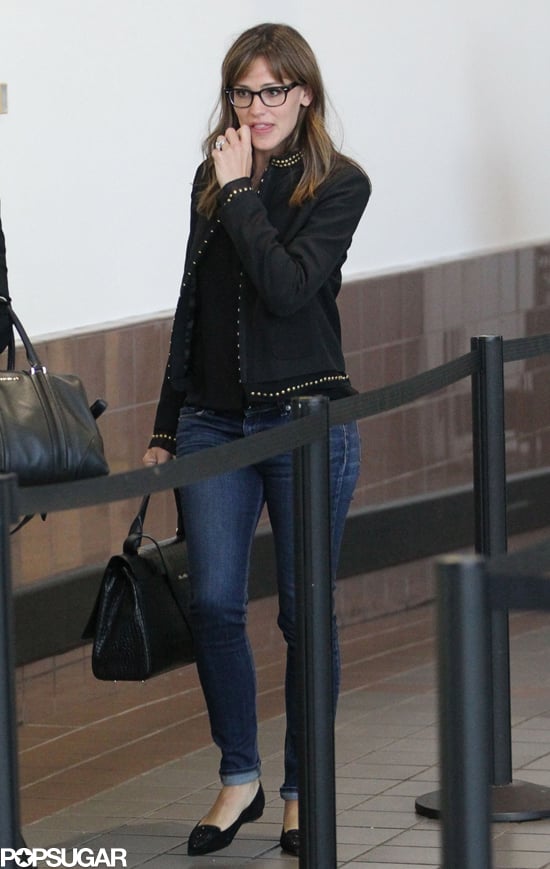 Jennifer Garner proved that she can make glasses look glamorous when she arrived back home in LA after taking a short trip to Canada to attend the Toronto Film Festival. She was up in the Great White North to promote her latest flick, Dallas Buyers Club, with costars Matthew McConaughey and Jared Leto. While Matthew's wife, Camila Aves, was on hand to support her husband, Jen's partner, Ben Affleck, stayed home in California to watch over the couple's three children. Despite the quick Canada trip, Jen will be back on the set soon enough as she is in the middle of filming Alexander and the Terrible, Horrible, No Good, Very Bad Day in LA with funnyman Steve Carell. The newest gig, which is based on the wildly popular children's book, is quite the departure from Dallas Buyers Club, which follows the life of an AIDS patient, played by Matthew, in the 1980s. 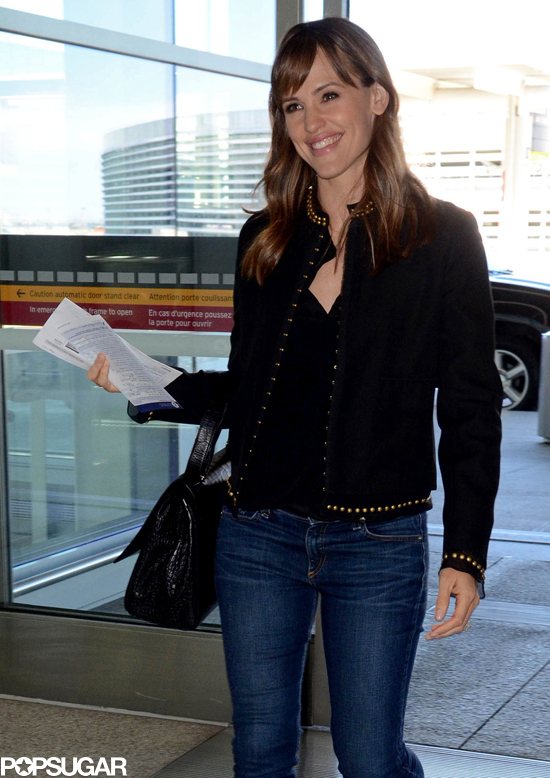 Celebrity Instagrams
Jennifer Garner Talks 2020 Election With Jill Biden: "Moms Are Going to Put You in the White House"
by Karenna Meredith 2 weeks ago