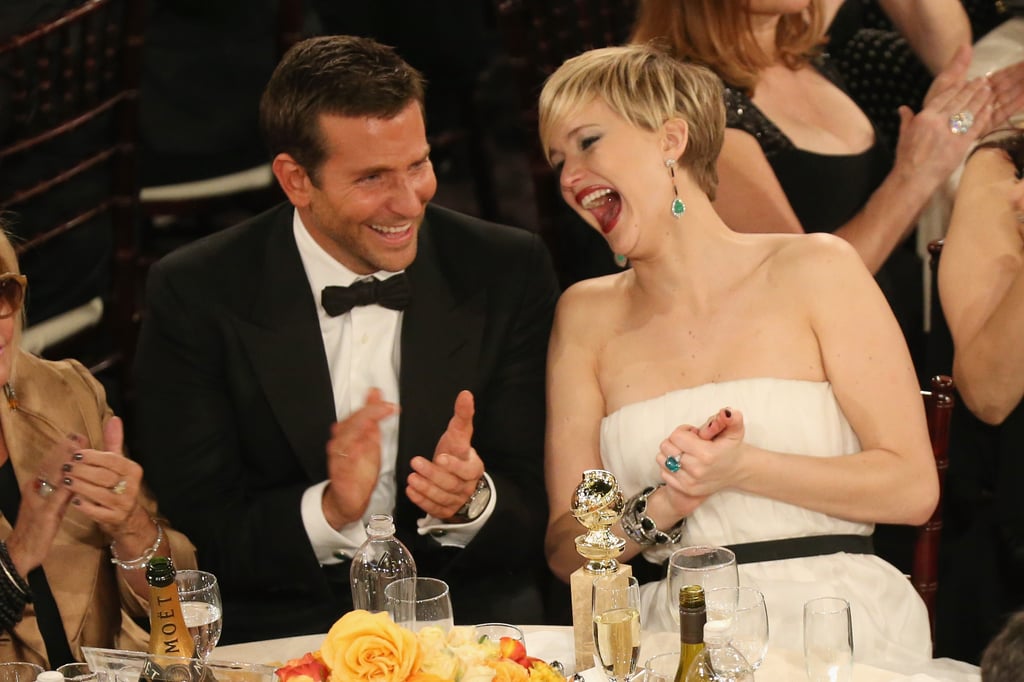 Jennifer Lawrence walked the red carpet wearing white Dior at the 2014 Golden Globes in LA on Sunday, ready to accept her award for best supporting actress in American Hustle. She showed her excitement from the audience, and kissed boyfriend Nicholas Hoult before heading to the stage to pick up her statue. Jennifer later returned to the microphone to present the award for best actor in a comedy to Leonardo DiCaprio, but it wasn't just her stage moments that got the attention. Jennifer was having a blast in the audience, cracking up with Bradley Cooper, taking selfies with Nicholas, and chatting with Jessica Chastain during commercials.

With one award under her belt already, it's shaping up to be another amazing award season for Jennifer, though we still have to wait and see if she'll be nominated for an Oscar this year — they'll be announced on Jan. 16. Keep reading to see more of her at the Globes, and make sure to vote on all of our Golden Globes polls here!