Warning to late-night hosts: if you don't properly prepare for your interview with Jennifer Lawrence, she is totally going to call you out on it. Jon Stewart from The Daily Show found this out the hard way when he brought Jennifer onto the show on Thursday night. He first confused Jennifer by bringing out a photo of a young Helen Mirren since he thought they looked similar, and then Jennifer joked that the producers told her that Jon never prepares for interviews. "Do they tell you not to look into my eyes?" Jon joked. Watch the full interview above, and, note to Jon, Jennifer Lawrence looks like a young Ellen Barkin, not Helen.

After the interview, Jennifer left in a car with her boyfriend, Nicholas Hoult, who has been occasionally joining Jennifer during her worldwide promotional tour for Catching Fire. Most recently, the pair was spotted at the world premiere of Catching Fire in London earlier this month. 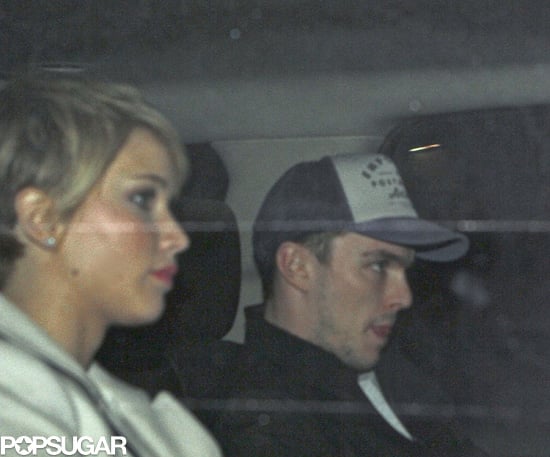