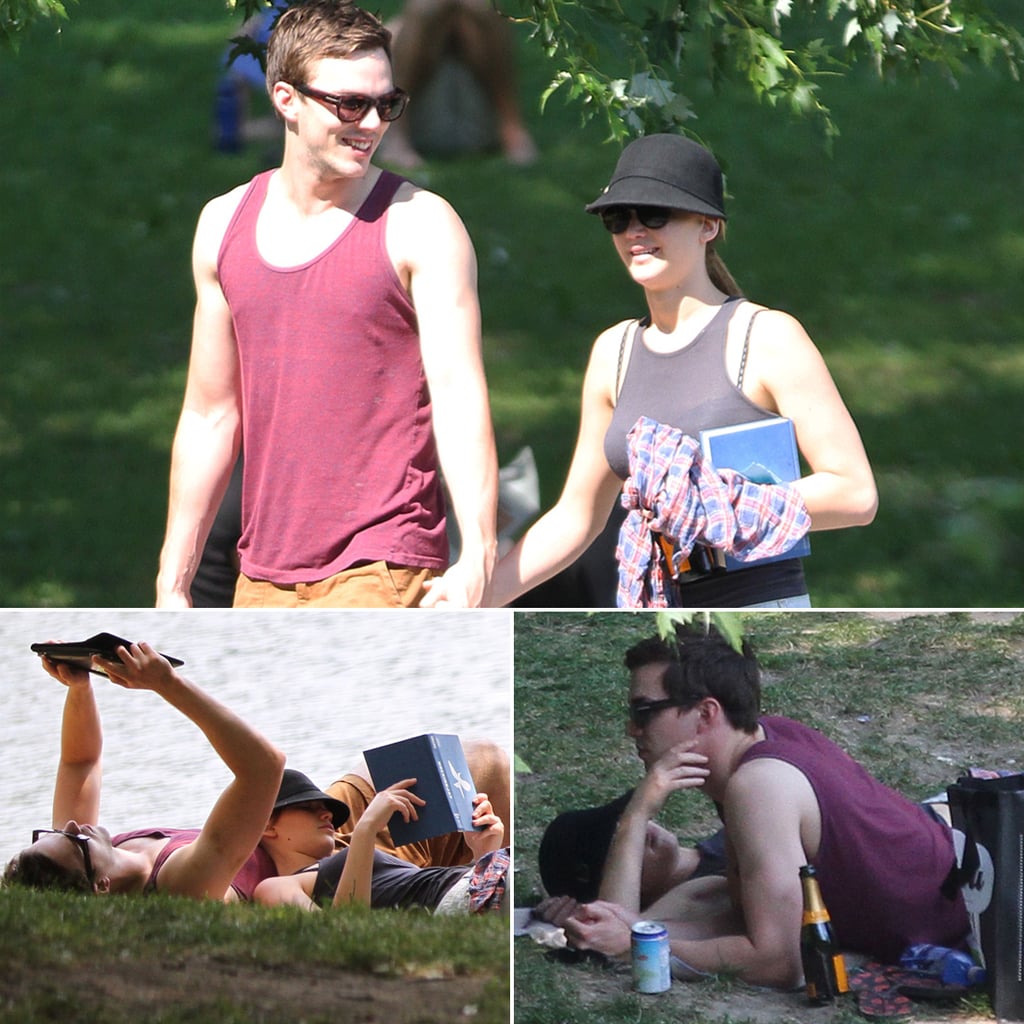 Not only are Jennifer Lawrence and Nicholas Hoult back together, but they're spending some seriously adorable quality time together. The X-Men: Days of Future Past costars had a park date in Montreal on Tuesday, complete with Champagne, cozy reading time, and plenty of PDA. Not only were they spotted walking around holding hands, but Jennifer affectionately stroked her boyfriend's face during a break from reading Mockingjay. That's right — the Hunger Games star did a little extra research for her upcoming role in the third installment of the franchise, which is rumored to start filming this Fall. In the September issue of Vogue, Jennifer joked that Nicholas's improper etiquette with kitchen sponges may be the demise of their relationship, but it looks like she's giving him a pass on his domestic skills for the time being — and hopefully longer!