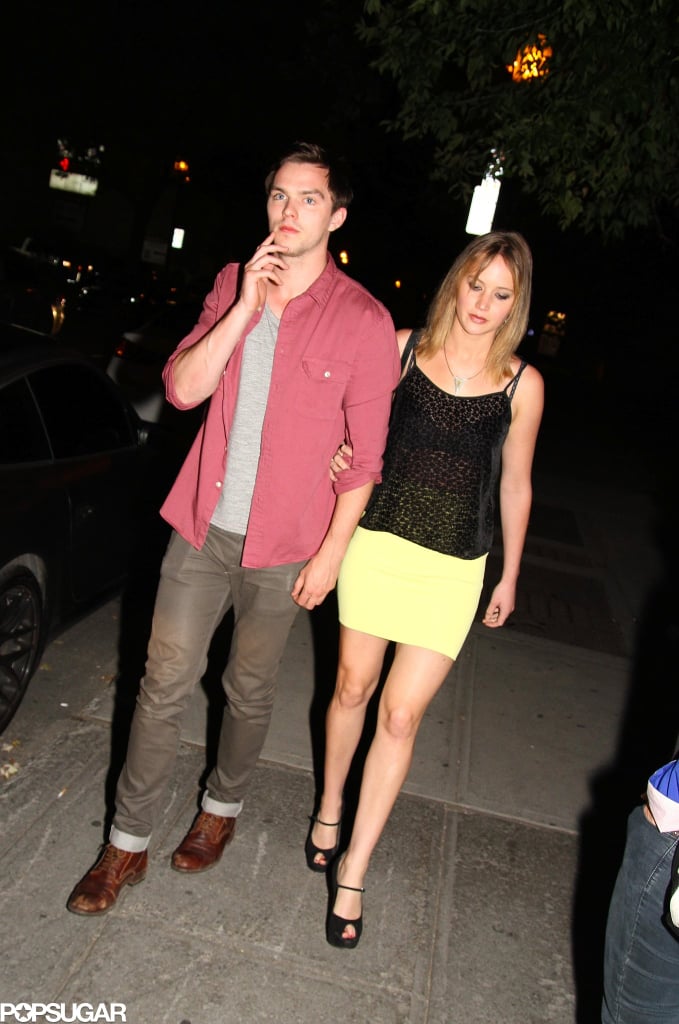 Jennifer Lawrence and Nicholas Hoult put their rekindled relationship on display when they arrived together for the X-Men: Days of Future Past wrap party in Montreal, Canada, on Saturday night. The newly reunited couple walked through the city's downtown neighborhood, and Jennifer politely stopped to sign autographs for a few fans that were lined up outside. Later in the weekend, the pair met up with their X-Men costar Hugh Jackman, his wife Deborra-Lee Furness, and more members of the crew for a special screening of Lee Daniels' The Butler. Hugh shared a photo of the group, including Jennifer and Nicholas getting cozy in the theater, on Instagram. Jennifer and Nicholas are reportedly back on after breaking up in January. They were spotted out on an intimate dinner date in May, stirring up rumors that the two had decided to give things another try.

Jennifer's restored relationship is just one of the amazing things happening for her this year. In addition to winning an Academy Award and taking on tons of new big-screen projects, she became the face of Miss Dior, nabbed the cover of Vogue's coveted September issue, and celebrated her 23rd birthday. Jennifer shows no signs of slowing down, as she also recently wrapped American Hustle and The Hunger Games: Catching Fire, which hits theaters Nov. 22. As for this cute rekindled couple, we hope to see some sweet PDA between Nicholas and Jennifer when they begin the press tour for X-Men: Days of Future Past ahead of its May 2014 release.

See more photos of Jen and Nicholas's Canada outing when you keep reading. 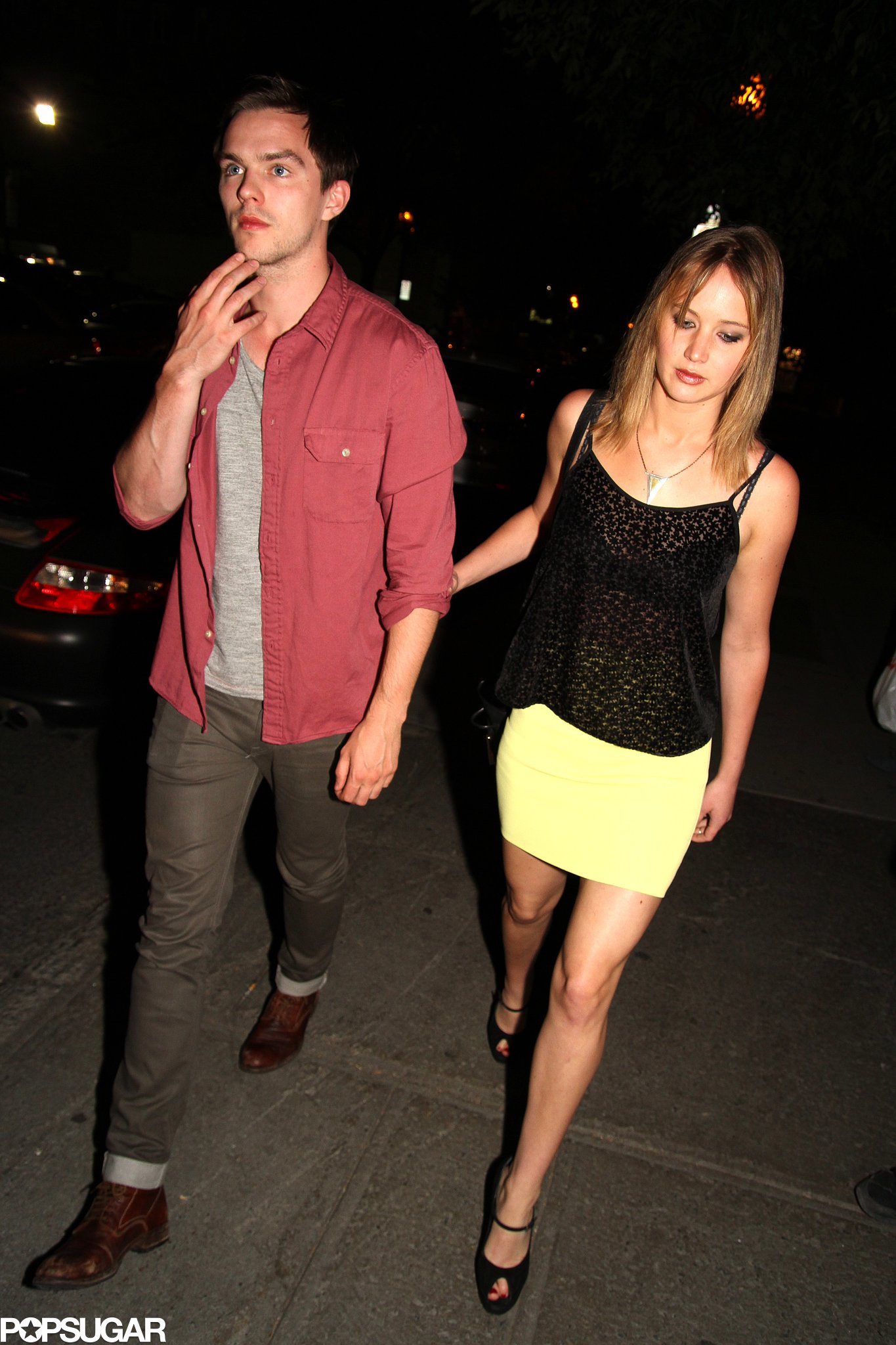 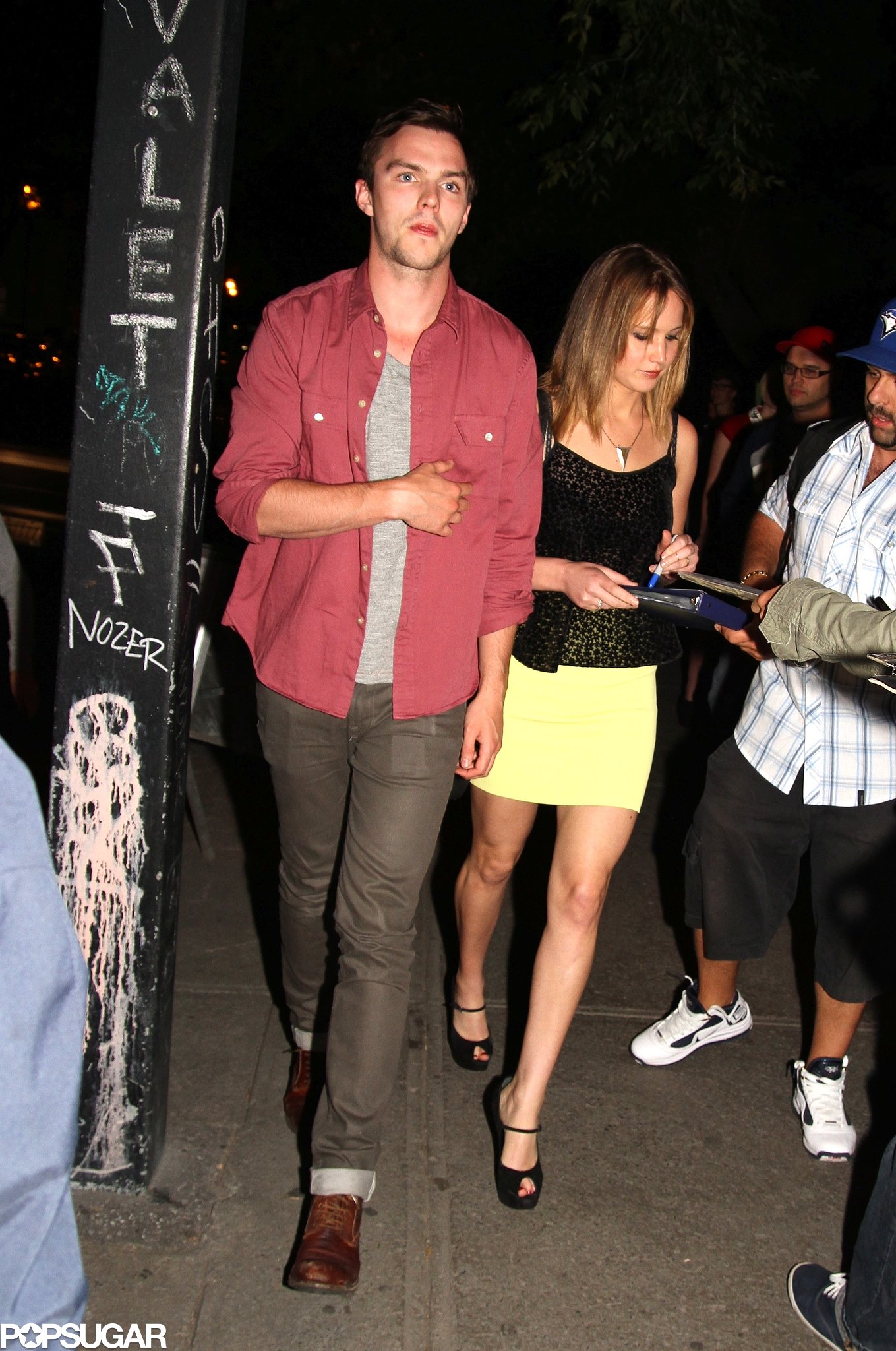 Hugh Jackman
"I Love You With All My Heart": Hugh Jackman Shares Wedding Photos on 25th Anniversary
by Chanel Vargas 20 hours ago