Jessica Alba made some people on Hollywood Boulevard very happy last night when she took part in a celebrity kissing booth for Jimmy Kimmel Live! While she didn't actually have lip-to-lip contact with anyone, she did stand inside a booth where she kissed happy fans through a piece of plexiglass. Jessica was a bit wary of the kissing booth, telling host Jimmy Kimmel that being inside the booth made her "hot and bothered, and not in a good way." However, she was game for some smooch fun with two young women and an excited man from South Africa.

Earlier on the show, Jessica Alba revealed she had a health scare that made her think she was having a stroke. She said, "My whole arm was numb, and then I got a cold sensation from the back of my neck up to the front. And then I was like, 'I think I can't move my face.'" Jessica went to the doctor to get checked out, and while she wasn't having a stroke, she did discover that she has developed carpal tunnel syndrome, possibly because of all the computer hours she's logged working on her new venture, The Honest Company. Despite her affliction, Jessica will keep trudging through her busy press duties for her new film, Escape From Planet Earth, which opens on Valentine's Day.

Jessica Alba
Every Honest Beauty Product Just Got a Sustainable Facelift, and It's So Good
by Dawn Davis 2 weeks ago 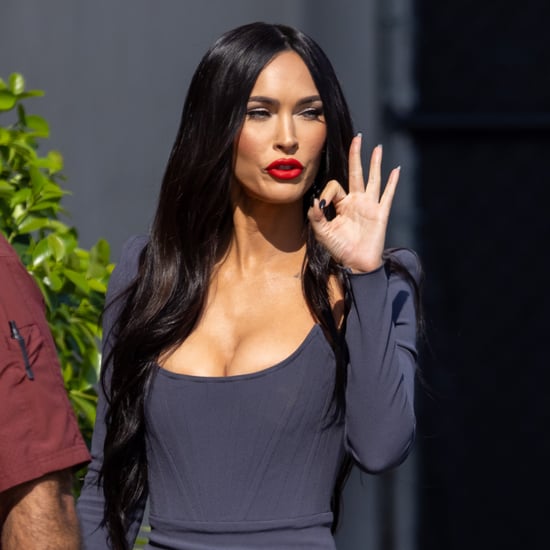