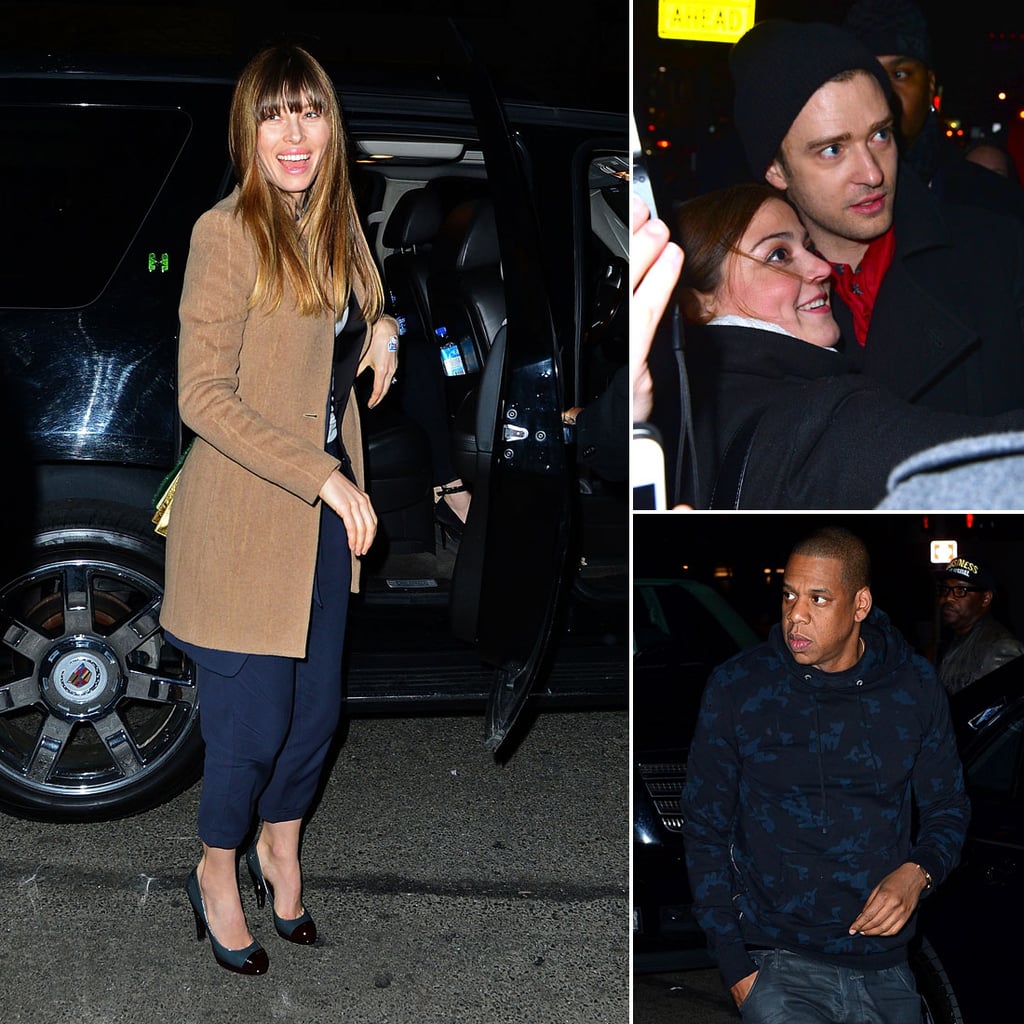 Jessica Biel and Justin Timberlake celebrated his fifth time hosting Saturday Night Live last night with an afterparty at NYC's Buddakan. Many of the show's regular performers — including Kenan Thompson, Bill Hader, and Seth Meyers — turned out for the bash, as did special guests like Steve Martin and Dan Aykroyd. Jay-Z also swung by after joining Justin on stage for a performance of their single "Suit & Tie."

Justin's SNL episode was a star-studded affair with cameos from Tom Hanks, Martin Short, Candice Bergen, and many others. Justin's stint on SNL was a huge success — it is SNL's best-rated episode in 14 months, since Charles Barkley's stint hosting in January 2012.

Celebrity News
Yep, Jodie Turner-Smith and Joshua Jackson Are So in Love, They High Five Each Other About It
by Chanel Vargas 4 days ago