Jessica Chastain was joined on the NYC set of The Disappearance of Eleanor Rigby yesterday by her friend, and former The Help costar, Viola Davis. The ladies got to know each other two years ago while filming their Oscar-nominated flick and now they're teaming up on the big screen once again for an independent project. Viola and Jessica are actually filming two movies simultaneously, with one being told from a wife's perspective, played by Chastain, and the other from the perspective of her on-camera husband, played by James McAvoy.

Jessica showed off her newly cropped hairdo, but as it turns out it's her fashion risks that's landed her on the cover of Vanity Fair's September style issue. Kate Middleton also shares the cover with Jessica and joins major names like Diane Kruger, Tom Brady, Jay-Z, Alicia Keys, and Prince Harry on this year's list of best-dressed international stars. 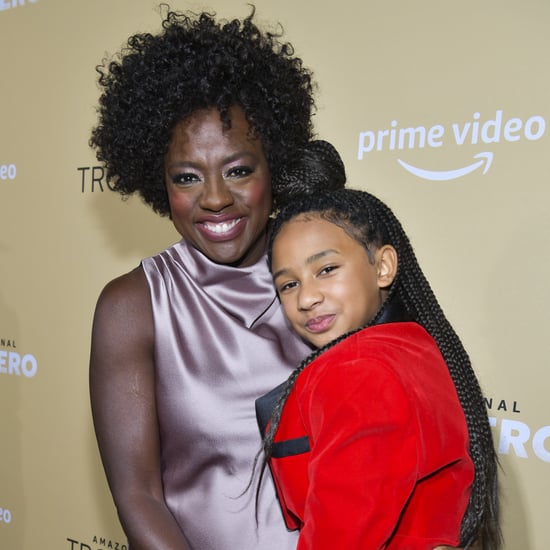 Viola Davis
Viola Davis Isn't Down With Daughter's Christmas List: "You're Not Getting Half the Stuff"
by Karenna Meredith 12/19/20