Jessica Chastain wore a bold, blue Elie Saab dress to last night's LA premiere of her film Zero Dark Thirty. The actress stars as a CIA agent instrumental in the capture of Osama bin Laden in the thriller, which was directed by The Hurt Locker's Kathryn Bigelow. Jessica was joined by her costars, including new father Chris Pratt, who had his wife, Anna Faris, by his side for the debut of the true-to-life thriller. Guests including Aaron Paul and Alexander Skarsgard were also on hand to check out the critically acclaimed film.

We spoke to Jessica on the red carpet about her character Maya. She told us she wasn't able to meet the CIA agent the character is based on, because she is undercover, but spoke to the strong women both behind the camera and on the screen in Zero Dark Thirty. She said, "When you're on set with Kathryn Bigelow, you just think, 'This is one of the greatest directors I've ever worked with.' And that's it. Full stop. You don't think, 'And she's a woman!' She's just really good at her job, like Maya in the film is." 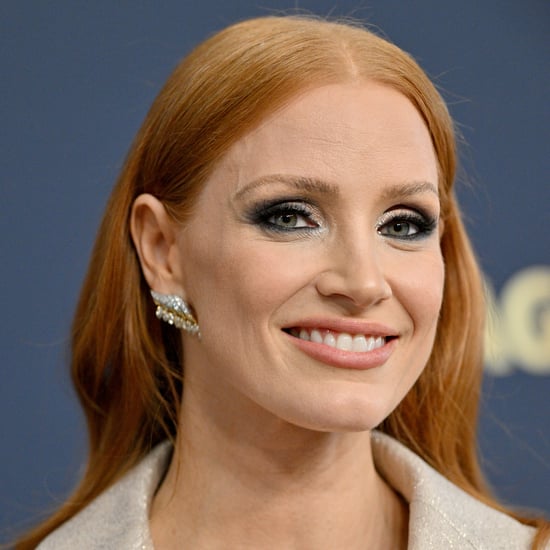