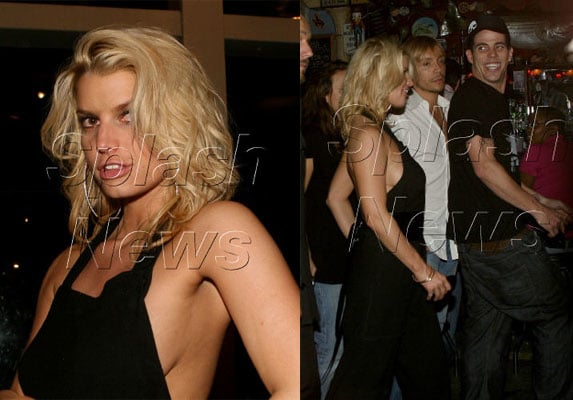 Jessica ended her big mute party night in NYC with an apology from Jackass Bam Margera. The Jackass is probably most well known for his ex-girlfriend starting rumors that he slept with Jessica while she was still married to Nick. Looks like wounds have been healed and the truth comes out - it was all BS. Here's more: 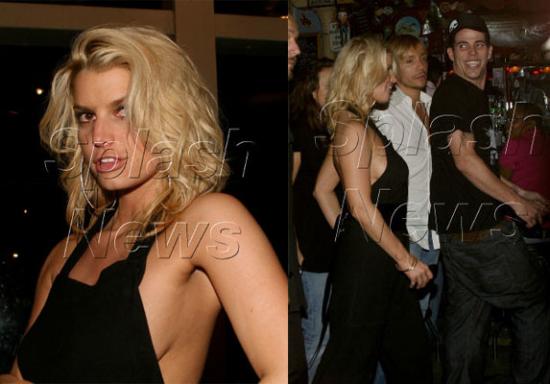 "I was just like, 'I just wanted to apologize about all the drama, I had a crazy ex-girlfriend who wanted to cause some problems,' " Margera told PEOPLE Wednesday at the Siruis Satellite Radio gift suite in Manhattan. "And (Jessica) was like, 'Don't worry about it, sweetheart, I'm the nicest girl you'll ever meet. Everything's fine.' I'm just like, I'm glad that that happened."

But no one had a better night than Margera. "I really wasn't looking forward to bumping into her," he tells PEOPLE. "Now everything's fine. I wasn't even planning on coming to the VMAs, but I'm glad I did just for that. Cheers to dive bars!"

If she is so sick and has such a big week of promotions and the VMAs, what's a girl doing out until 3am with a bunch of Jackasses? And while we now know the truth about Bam, what is the story behind Jessica and Johnny Knoxville's romance? That's the Jessica/Jackass story we really care about. More pics of Ms. Simpson and the Jackass crew so read more