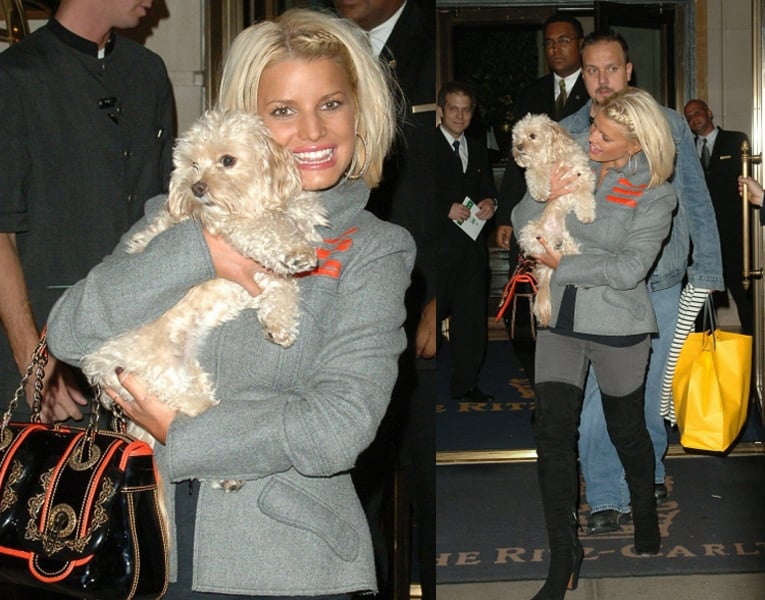 Jessica is in Love with Herself

Jessica has been denying every relationship people claim she's in since her breakup with Nick. Sounds like she's just pretty happy with who she is. She told Ellen on Monday that she's hard to be in love with and scares people away. And right now, "I regret nothing and it made me who I am right now,... And right now who I am, I am so in love with. I am so happy with who I am. It's all about the journey." People reports: She recently dated singer John Mayer, but the relationship has cooled off. "The explosive media attention … put a chill (on the romance)," a close source told PEOPLE. But "there's still a chance. They're still talking."

Simpson also told DeGeneres she has no regrets about her three-year marriage to Nick Lachey (they split in November 2005). "I'm so proud of that relationship that I was in," she said. "I'm proud of the marriage that I had and I think that Nick is an amazing man.

Simpson did say she's ready to be in a relationship. "I wish I was in love," she told DeGeneres. "I need to be in love." And even though her celebrity intimidates potential suitors, she says: "I'm a good person – I promise!"

Wonder who Jessica will next be linked to. Until then, more pics of Jess and Daisy leaving The Ritz Carlton, their favorite hotel so read more

Previous Next Start Slideshow
Jessica Simpson
Around The Web