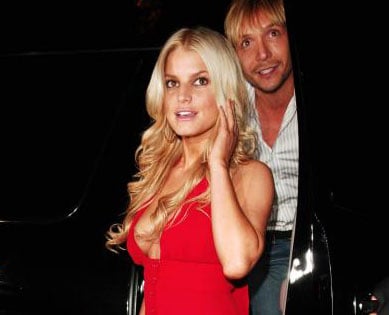 Does Jessica have a new man? She was on a triple date with Ken and his boyfriend, odd couple of the week Cacee and Donald Faison, and her new mystery guy. Jessica's people still deny she's dating anyone, continuing to play the poor me, Nick's already moved on card. Here's more: 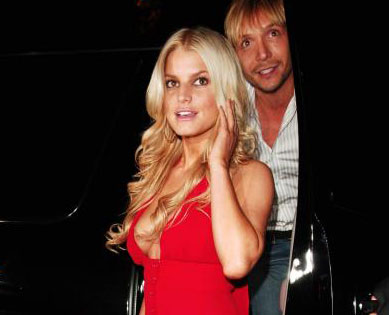 Last weekend, the singer, who has been promoting her new album, A Public Affair, turned up at L.A. hot spot Hyde Lounge on Saturday night for a triple date. She was with her hairdresser, Ken Paves, and his boyfriend, pal CaCee Cobb and her new squeeze, Scrubs star Donald Faison – and a new guy of her own, PEOPLE reports in its upcoming issue.

"Jessica was very touchy-feely with him," says a club source, who claims the two kissed at their table. "They were lovey-dovey. It seemed like she really liked him."

Still, Simpson's rep insists she is "not dating anybody," and a source close to the singer tells PEOPLE, "She is really enjoying the single life."

More pics of Jessica at Orso and Koi. I love how Jess and Ken look so shocked to see the cameras as they get out of the car. Just read more