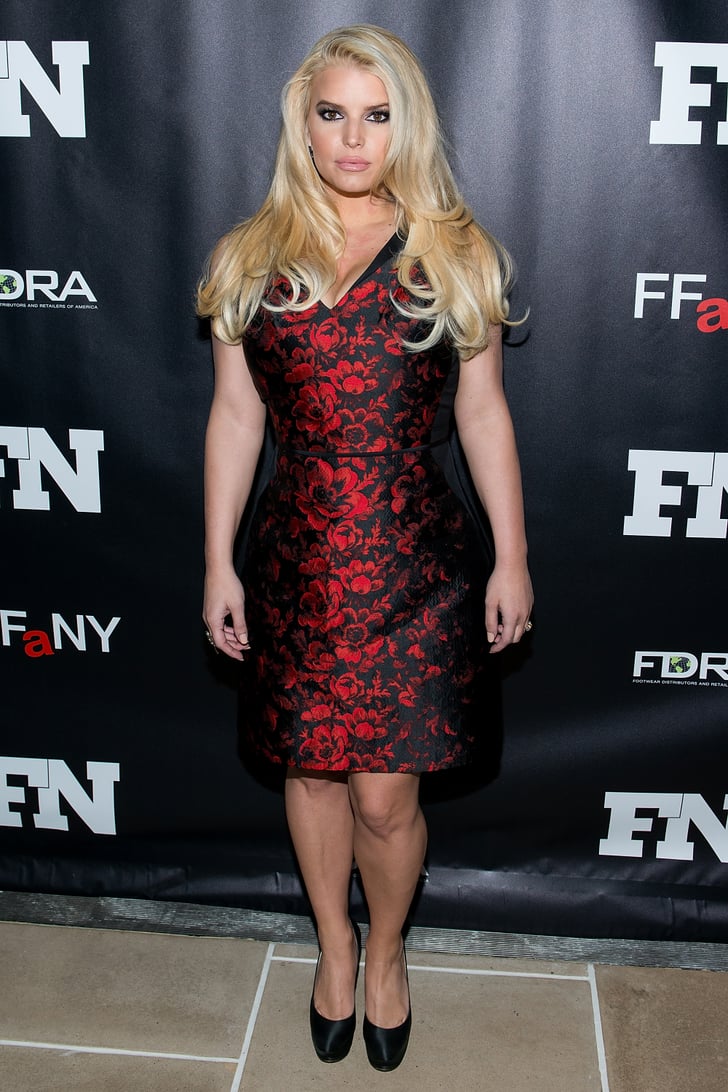 The blond bombshell is back! Jessica Simpson showed of her svelte postbaby figure when she made an appearance at the Footwear News Achievement Awards in NYC on Tuesday night. She is currently in the Big Apple with her husband, Eric Johnson, who escorted her to the bash but skipped the red carpet. The multitalented star has been open about her weightloss journey after she gave birth to her second child, Ace, five months ago. Jessica signed up as a spokeswoman for Weight Watchers when she gave birth to daughter Maxwell last year, but she gained back the weight she lost after welcoming Maxwell into the world when she got pregnant with Ace. Now, it seems she is back to her prebaby body and has spent the past month working on her new ad campaign for Weight Watchers. Back in November, Jessica shared a behind-the-scenes shot from her new ad campaign, where she looked slim in a tight white blouse and jeans. "Couldn't stop smiling on the set of my new Weight Watchers campaign today," Jessica wrote.

In October, Jessica revealed that she was "more confident" about losing her weight this time around. "With Maxwell, I vegged out and kind of took it like a vacation," she explained. "With Ace, I was really active, going out for walks and watching what I ate. Even though I didn't feel very good, I had a healthier pregnancy."