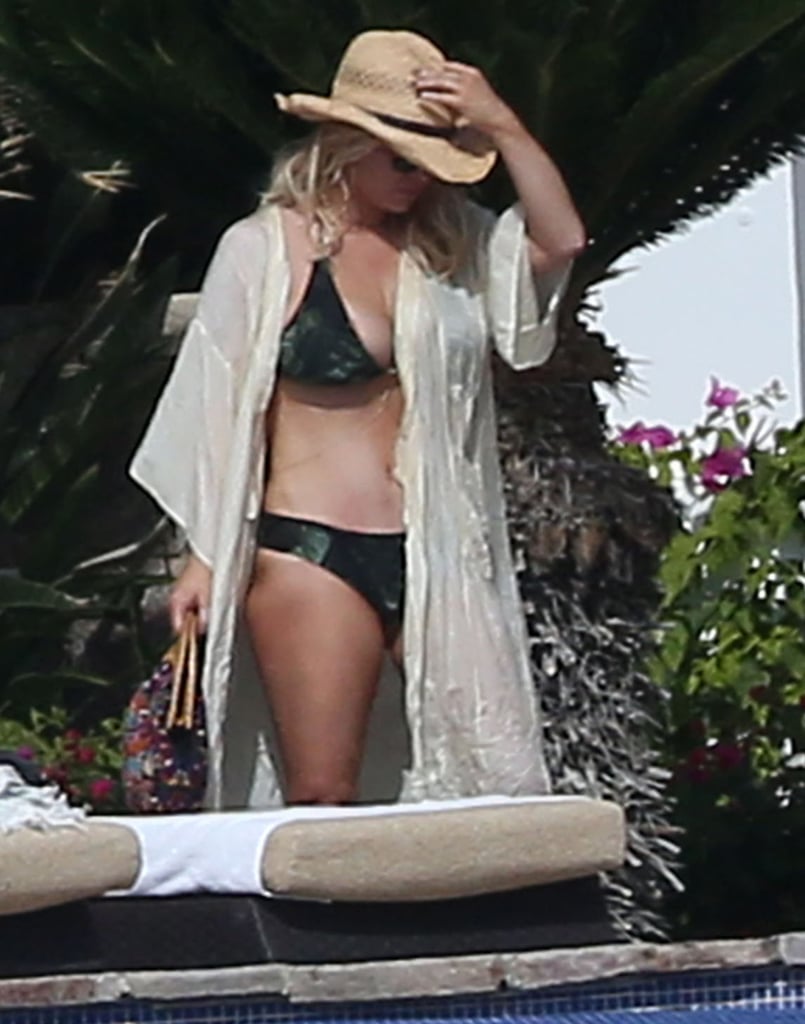 Jessica Simpson slipped into a printed bikini for a day of sunbathing and socializing in Mexico on Sunday. She was joined by her husband, Eric Johnson, sister Ashlee, and brother-in-law Evan Ross for the picturesque pool day in Cabo San Lucas. Jessica relaxed on a lounge chair while Eric played beer pong with friends and did a cannonball into the water. Evan and Ashlee took turns tending to their baby daughter, Jagger, while also getting some time in the sun.

Though it wasn't clear if Jessica and Eric's two kids, Maxwell and Ace, were on vacation with them, the singer and fashion designer did open up in a recent interview about the possibility of having another baby. While attending the YMA Fashion Scholarship Fund Gala in NYC last week, Jessica told ET, "I don't think I could have another baby right now. It was a very, very big shock after having a baby and four months later knowing I was pregnant again, so I think that's not in our near future." Keep reading to see photos from Jessica's bikini-clad pool day, then see the sexiest social media snaps she's shared.