This week on Twitter, Jimmy Kimmel seized the opportunity to rub his epic twerk-deception into our faces, while we got the distinct feeling Joel McHale was trying to sell us something. Other celebrities were still not quite over the Miley Cyrus phenomenon; Damon Wayans Jr. imagined an alternate universe in which Miley doesn't rock the world with her twerking, while Chrissy Teigen helped us understand Miley's true (and shocking) intentions. 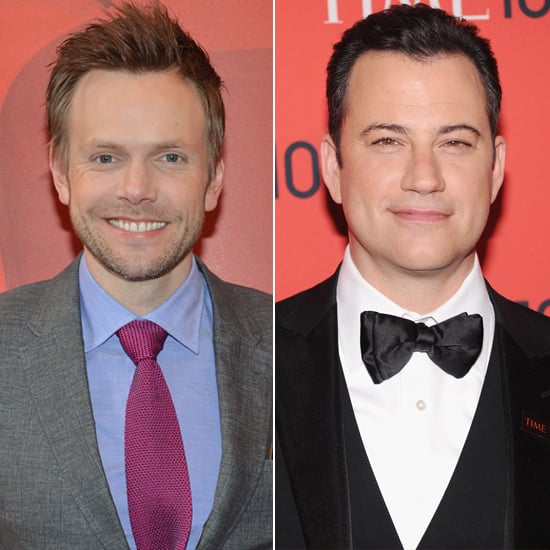 Check out all that and more in this week's most hilarious celebrity tweets!

It doesn't, Jimmy. It doesn't.

if it makes you feel any better, I would have believed it too #twerkburn

I feel like my whole life is a lie.

oh no I actually have to grow up sometime

Check out the rest of the tweets after the jump!


It's a sad day for Beetlejuice. And Robin Thicke.

Pinstripe suits are the adult version of Ed Hardy. Letting chicks know you're a douchebag from 100 yards away, just more expensive.

Hold on guys, I really have to go buy this thing:

One time, European sizes made me eat a lot of ice cream and cry myself to sleep.

I feel really blindsided by this news. I'm going to need a little time to process.

One of life's greatest mysteries.

Weird, that's not how I remember the commercials at all.

Maybe it's food poisoning or maybe it's Maybelline.

Don't put ducks in a box, Stephen. Let them dream.

If it walks like a duck, it's probably some kind of land duck, cause i'm pretty sure ducks fly.

Does someone want to go check on Chris D'Elia and make sure he's OK?

It's like I've always said, keep your friends close and your enemies clo-- OKAY GUYS JUST GOT STABBED BY AN ENEMY! ABORT! ABORT!

Are you kidding? Kate's hair even looked perfect the day after giving birth. Not possible.

Am I the only one who feels like having a lawyer named "Blunt" might not be the best thing?

I feel like Krasinski & Blunt would be a really good law firm.

Ear hair is so rude and has the worst timing:

Ear hair? Really? Thanks. Thanks a lot.

It's just so tart and refreshing!

It's Arnold Palmer's birthday! Half of this tweet is a birthday message. The rest is iced tea.

Seriously, I think I saw one of them boarding an international flight to who-knows-where.

My eyebrows are everywhere this morning