Joe Simpson is a Diva

Jessica's dad is continuing to play the Pimp Daddy role in her life. Jess was super excited to score a part in the movie Blonde Ambition, but Joe is getting in the way and pissing off other people on the film. Page Six reports: 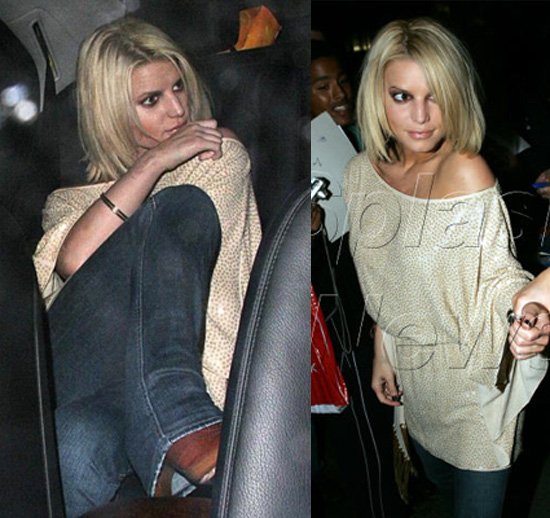 Jessica Simpson's new movie could have a bad ending. The beleaguered singer was psyched to start work on "Blonde Ambition," produced by "Malcolm in the Middle" star Justin Berfield. But Berfield was heard over the weekend complaining about the excessive demands her father, Joe, is making - and that they might endanger Simpson's role in the flick. A rep for Simpson said, "Well, Joe is a producer in the movie, too, so that would be weird." A rep for Berfield said, "Yes, his company is producing the movie."

Jess is in London to watch her sister make her debut in Chicago as Roxie Hart. Stay tuned for more Ashlee in Chicago news but in the meantime check out more pics of Jess not looking her normal beautiful self so read more