John Mayer spent the afternoon with his father in Santa Monica yesterday before hitting the red carpet with fellow musical men last night. It's sweet since between his Mayercraft carrier exhibitions, rumor-starting lyrics, and overanalyzed Twitter, it's been a while since we've seen down-to-earth John. He was among the celebs skewered in Eminem's new video, but if anyone can take a joke or a little friendly teasing it's jokester John. 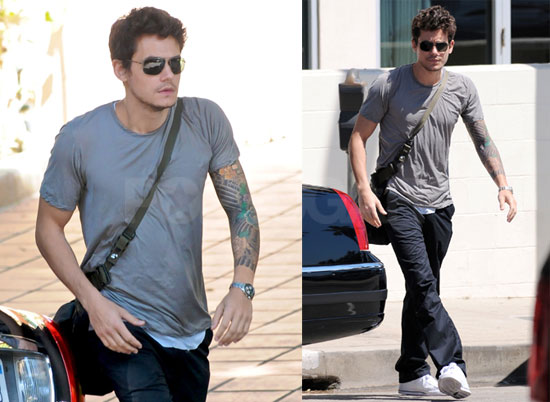 John MayerEye Candy
Around The Web