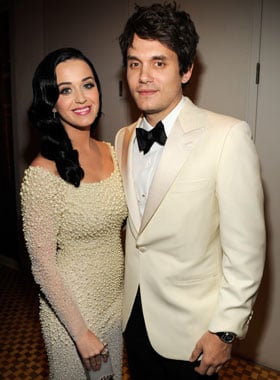 Katy Perry and John Mayer have broken up again, according to UsWeekly. The musical pair, who began dating last Summer, briefly called off their romance in August 2012 before reuniting about a month later.

Katy and John had been increasingly public with their romance in recent months. The pair attended the Grammy Awards together in February, holding hands as they posed for pictures, and Katy tweeted about visiting an animal shelter with her "boyfriend" on March 2. Sources close to the couple say the breakup might not be a permanent split, adding that Katy and John's focus on their work contributed toward their decision to take time apart.