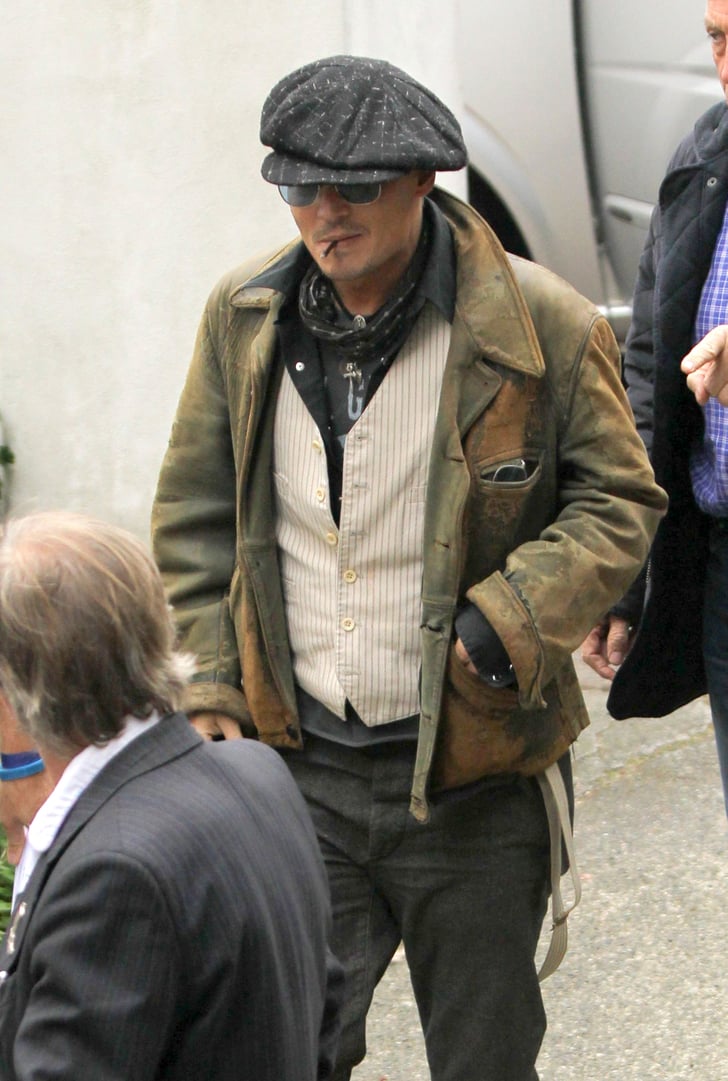 Johnny Depp stopped by the iconic Abbey Road Studios in London on Tuesday. He covered up in warm layers and a newsboy cap and puffed on a cigarette as he shook hands with workers and made his way inside. This is the first time we've seen Johnny out and about since he and girlfriend Amber Heard had an LA date night over the Summer. He is likely in the UK to begin filming Into the Woods, the big-screen adaptation of Stephen Sondheim and James Lapine's Tony-award-winning musical. Johnny plays a wolf in the Disney flick, and while we have yet to see him in costume, we've already gotten a glimpse of some of his costars channeling their storybook characters. Chris Pine, Anna Kendrick, and a pregnant Emily Blunt hit the set in Surrey to shoot some scenes last week, and Meryl Streep was barely recognizable as one of the movie's main characters, the evil witch.

In addition to his current film pursuits, Johnny is conquering things on the small screen as well. The actor has teamed up with writers Chris Miller and Phil Lord to produce a family comedy show for the Fox network that will focus on a fun-loving father and son. Johnny previously worked with the duo on the 21 Jump Street movie, which was based on the series that Johnny starred in back in the '80s.