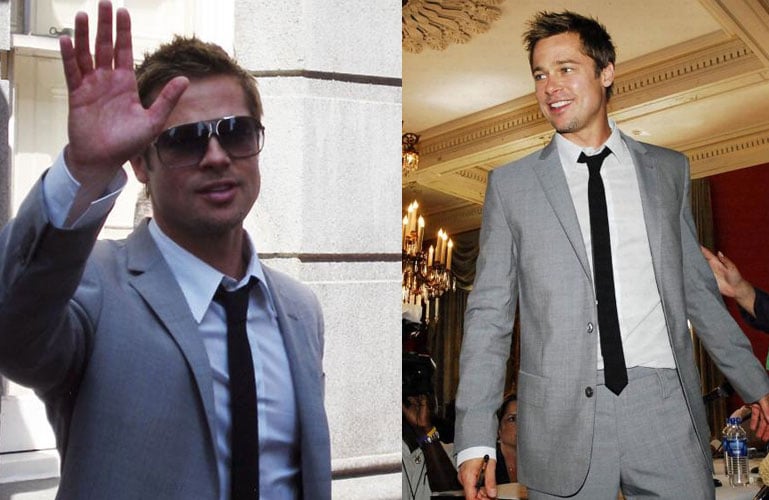 Brad is truly following in Angelina's footsteps by helping out the less fortunate. He revealed the winner of his rebuilding project in New Orleans yesterday, and also let the residents know he'll be spending a lot of time there in the coming months. Not only will he be observing the progress of his project, he'll be filming a new movie. But it's not all work and no play for Brad, Anglina and the kids are there too. Here's more: "We're going to be spending a lot of time down here," Pitt said.

Preproduction for his next movie is scheduled to begin in November, and Pitt said he would be in New Orleans for much of January and February for filming.

Around that time, he also hoped to break ground on the first phase of the neighborhood redevelopment project slated for a section of the devastated Ninth Ward, he said.

Pitt said Thursday he's still appalled — embarrassed even — that people in many New Orleans neighborhoods cannot return because of the lack of basic services like hospitals and schools.

"This is a social justice issue," he said. "In a catastrophe, you help the most vulnerable first, and we failed to do that."