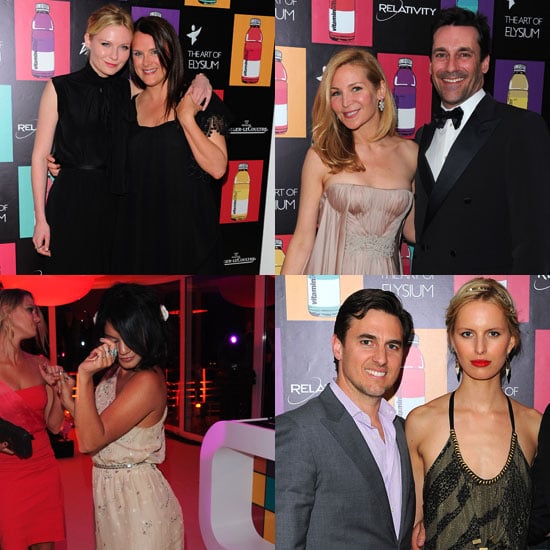 Jon Hamm, Kirsten Dunst, Vanessa Hudgens, and More Party For a Cause in Cannes

The Art of Elysium organization got its usual roster of stars together in Cannes last night for its Paradis party during the city's film festival. Jon Hamm broke from the cinema fun for the evening of philanthropy with his partner, Jennifer Westfeldt, while Vanessa Hudgens was happy to hit the dance floor solo. Kirsten Dunst is in France with boyfriend Jason Boesel, but it was the charity's founder, Jennifer Howell, who she posed beside. Model Karolina Kurková continued her streak of fun by attending with fiancé Archie Drury. The celebrity guests had lots to celebrate yesterday — Kirsten could capitalize on the popularity of Bridesmaids with her upcoming Will Ferrell-produced project Bachelorette while Jon and Jennifer are putting the finishing touches on their joint piece of work called Friends With Kids. He also made a cameo on the most recent Saturday Night Live, performing in a live-action version of "The Ambiguously Gay Duo" with Jimmy Fallon.