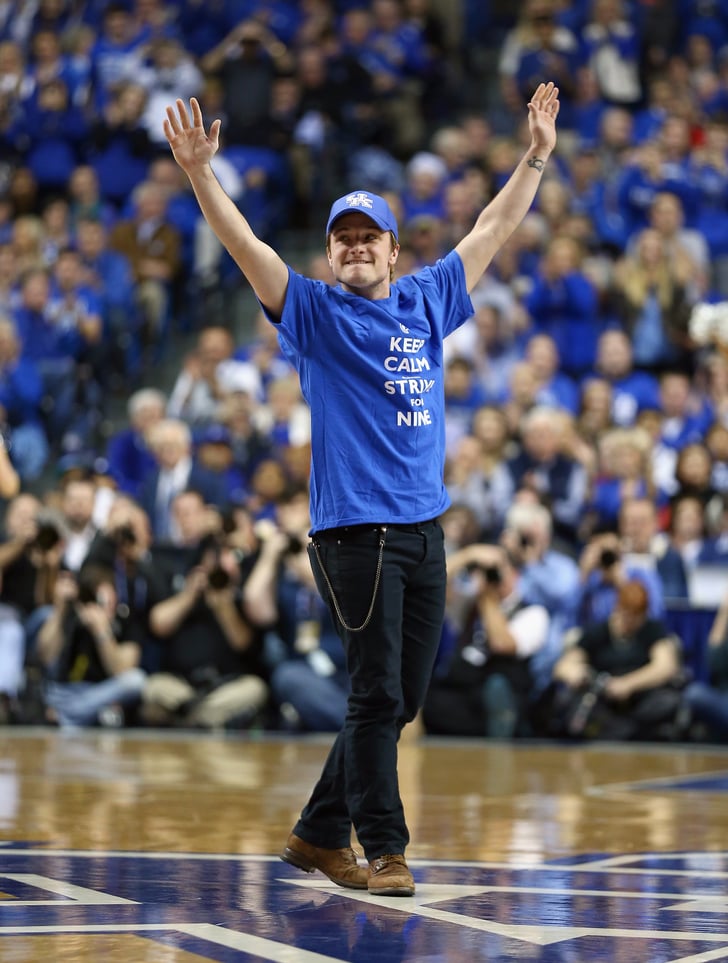 When Josh Hutcherson showed up to watch his hometown college basketball team, the University of Kentucky Wildcats, play on Saturday night, he probably didn't anticipate getting such a special welcome from his fellow fans. Josh waved to the crowd from center court and was given the signature Mockingjay salute — a solemn, silent three fingers in the air — by the thousands of game-goers. The actor seemed to be delighted by the greeting as he threw his hands up and showed off a giant grin. Thanks to his breakout role as Peeta Mellark in the Hunger Games films, plus his rabid love of the Wildcats, Josh is undoubtedly a huge star around Lexington. Even though he was without his pal Jennifer Lawrence in the South, we think Josh got a tribute fitting of both Tributes.