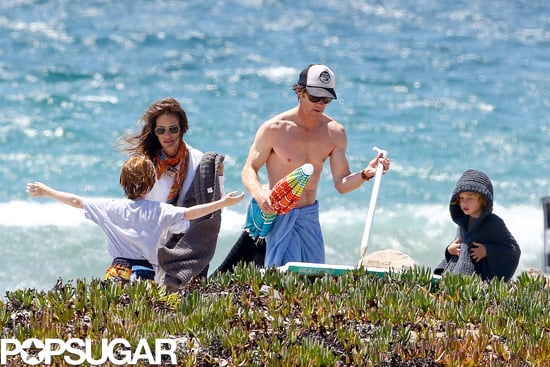 Julia Roberts hit the beach alongside her shirtless husband, Danny Moder, and their sons, Phinnaeus and Henry, yesterday in Malibu. While Danny showed off his fit physique, Julia stayed covered up in a long-sleeved, white t-shirt and pants for the sunny outing. She and her son Henry later warmed up in matching hooded ponchos as she toted a boogie board off the beach. Julia's family fun comes after wrapping up work on two new projects, one being her star-studded film August: Osage County, in which she stars alongside Meryl Streep and Benedict Cumberbatch. She also recently finished up filming on Ryan Murphy's HBO TV movie, The Normal Heart. 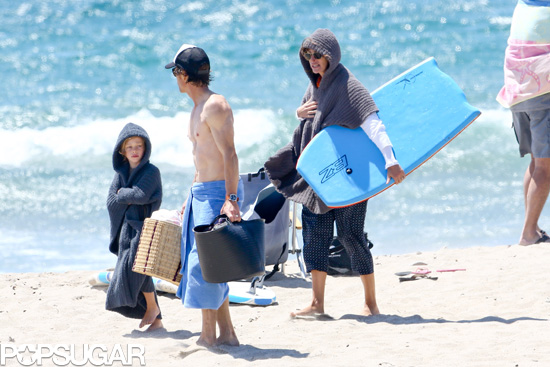