Ryan Seacrest and Julianne Hough gazed into each other's eyes on a sand dune in Mexico over the weekend. The happy couple couldn't keep their hands off one another during their romantic getaway in Cabo, which included candlelight dinners and their frequent shoreside activity, long walks on the beach. Julianne showed off her bikini body in a two-piece, tiny cutoff shorts, and an open cover-up, while Ryan sported swim trunks and kept all eyes on his hot girlfriend. They touched down back in LA yesterday, and he was at work this morning to debut Rihanna's new song "Only Girl (in the World)" on his show. 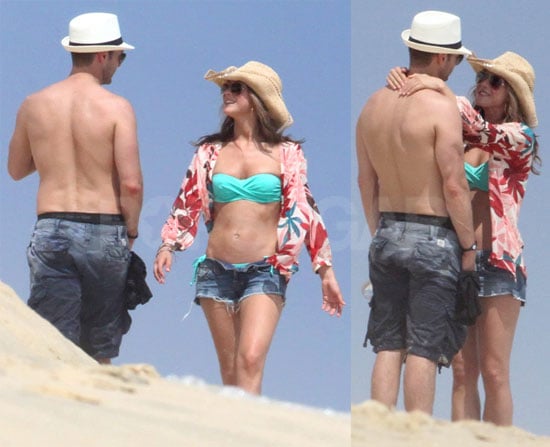