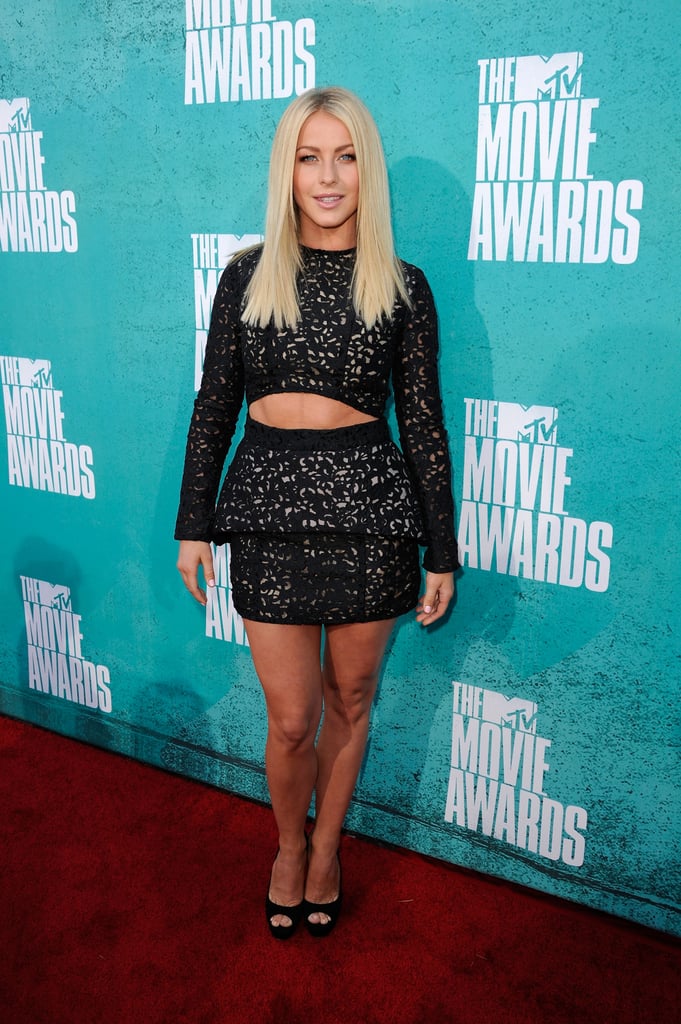 Julianne Hough's abs peeked out of her dress at tonight's MTV Movie Awards in LA. She brought a young pal along for the award show and jokingly tweeted, "Got an extra hot date with me tonight!" It's Julianne's second red carpet in a row after she also attended the Spike Guys Choice Awards yesterday. She presented with Malin Akerman at the show as the two ladies promoted Rock of Ages. The musical movie hits theaters on June 15 and features a singing and shirtless Tom Cruise as well as bikini-clad moments from Julianne.

Make sure to weigh in on all the MTV Movie Awards red-carpet fashion with Fab's polls.

Red Carpet
Sabrina Carpenter's Asymmetrical Sheer Dress Is So Stunning, We Don't Know Where to Look First
by Perri Konecky 12/07/20