Julianne Hough and Josh Duhamel went to Toronto yesterday to promote their new film, Safe Haven. The costars talked up their film adaptation of the Nicholas Sparks's book on the Canadian radio circuit before visiting New.Music.Live. last night. Julianne paired printed shorts with an updo, while Josh was laid-back in a blue t-shirt and jeans. Later on, the costars reunited for a red carpet premiere of the film.

Josh and Julianne promoted Safe Haven in LA last Thursday with the book's famous author, and earlier in the week, Josh and Nicholas stopped by PopSugar's office in San Francisco. The romantic movie hits theaters on the appropriate date of Feb. 14, Valentine's Day.

Previous Next Start Slideshow
Josh DuhamelJulianne Hough
Around The Web 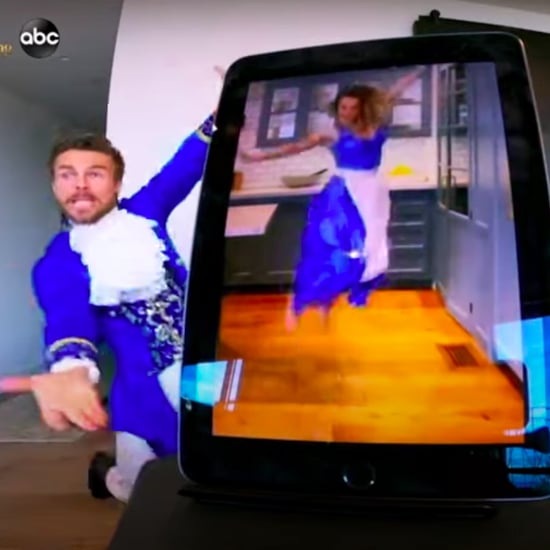