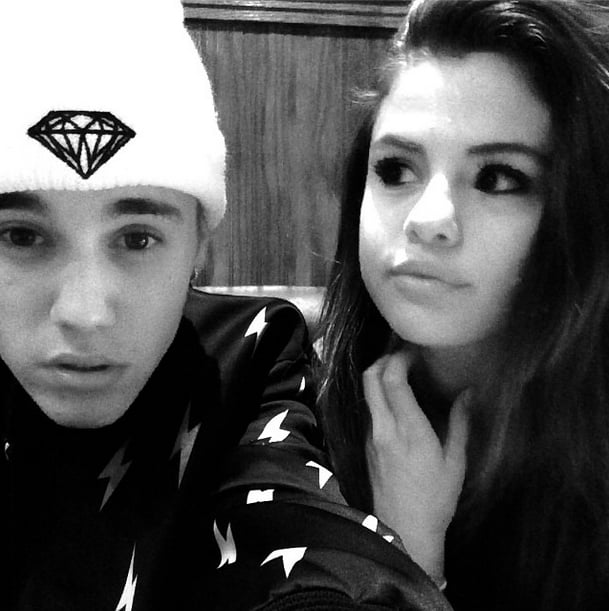 It looks like Justin Bieber and Selena Gomez may really be back together again. The couple's romance was confirmed on Wednesday, when Justin shared a picture of the two singers on Instagram. This is hardly the first snap that he's posted of himself and Selena in recent weeks, but it is the first photo that he hasn't immediately deleted. (He previously shared an image of Selena kissing his cheek two weeks ago. It was quickly removed.) Selena and Justin were spotted showing PDA when they arrived on a private plane in Ontario, Canada. The two have reunited after Justin returned from Europe following an extended vacation in the Mediterranean, which included a now-infamous stop in Ibiza where he got into a tussle with Orlando Bloom. It's been hinted that Justin's rekindled romance with Selena may have inspired him to finally shave that peach fuzz mustache.

While the pair may be back together, they have yet to make any official public appearances together. Selena was flying solo when she attended a pre-Emmy Awards fete last week, and she wasn't spotted with Justin when he dropped by a pre-VMAs bash that same weekend. Justin was also not by Selena's side when she attended the final taping of Chelsea Lately.