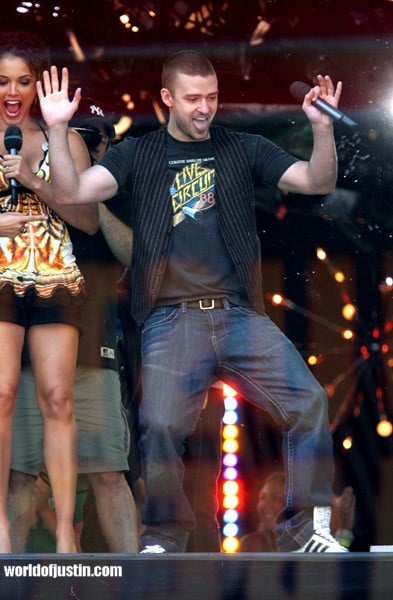 We were a little confused by JT's album name, Future Sex/Love Sounds. His latest single Sexy Back has grown on us, and we hear his next single with rapper T.I. will be really hot. Justin stopped by TRL yesterday and explained how he came up with the name to his new album. Here's more: The Grammy Award-winning singer decided to combine all of the elements that made up the new album to create the title. The star appeared on MTV's TRL Monday and explained, "I was driving home from the studio, it was like six o'clock in the morning and the sun was coming up. "The (music company exec) who was actually working on the record with me, he said, 'This sounds like the future. You've found a way to mix so many genres' and it just kind of stuck with me. "Then the next day I was back in the studio mixing and the engineer said, 'Do you realise that you have a lot of songs on this album that either have sexy or the word love in them?' "So FutureSex/LoveSounds - now that's the album title!"