Justin Timberlake joined friends in the stands at the US Open in New York on Saturday. JT and company cheered on Roger Federer during his match against Novak Djokovic, though Roger lost while Novak advanced to the finals. Meanwhile, Justin's on-again girlfriend, Jessica Biel, was spotted arriving at the Windsor Arms Hotel in Toronto yesterday. Justin and Jessica may have been apart this weekend, but they've been spending time together recently. Justin and Jessica rode bikes in Canada in August, and they also apparently shared getaways to Massachusetts and Colorado this Summer. The couple have more than just their rekindled romance to celebrate since over the weekend Justin was also honored with a Creative Arts Emmy for hosting Saturday Night Live.

Sports
And Just Like That, Naomi Osaka Wins Her Second US Open Singles Title
by Samantha Brodsky 1 week ago 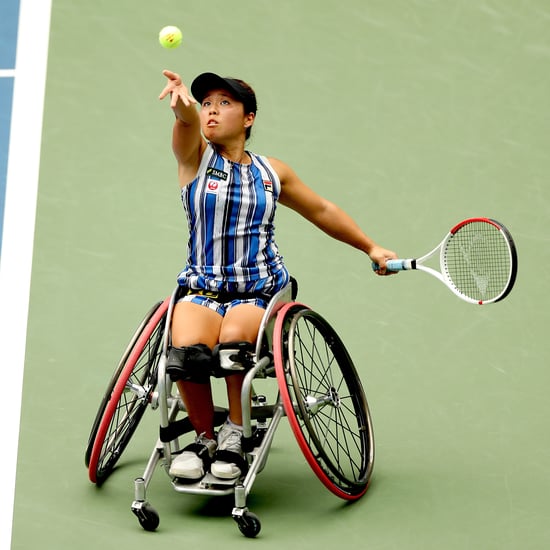 Sports
Yui Kamiji, a Trailblazing Wheelchair Tennis Star, Has Her Sights Set on a US Open Win
by Maggie Ryan 1 week ago

Mariah Carey
Mariah Carey Performs "Save the Day" at the 2020 US Open, and Wow, That Whistle Tone
by Chanel Vargas 1 week ago