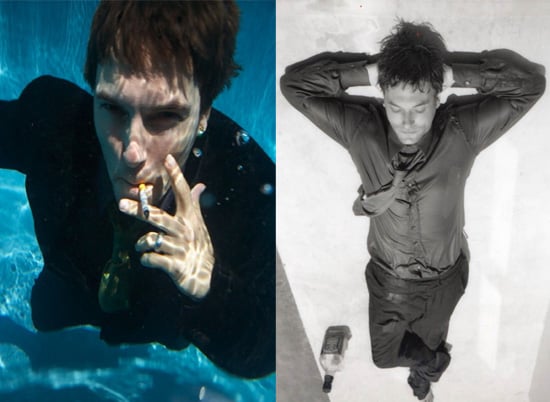 K-Fed is planning a few giveaways to lucky winners who pre-order his debut album, due out October 31st. If you buy it now, you could be the lucky winner of the smelly pair of sneakers he wore during his Teen Choice performance, a replica Federation medallion, an autographed head shot or the top prize, 2 nights in LA and tickets to K-Fed's Halloween release party. Sounds like someone's hired a serious marketing team to help sell some records. Here's more: In an effort to rack up some early sales for his upcoming album, Playing With Fire, K-Fed will give away the sneakers he wore during his critically-panned debut performance at last month's Teen Choice Awards to a fan who pre-orders the disc off his official Website.

The grand prize for a would-be listener is a trip for two to Los Angeles for two nights and three days, during which time the winner would attend Federline's Halloween album release party. As no Federline promotional gig is complete without a Britney tie-in, his Website assures credit card holders that his better half will be hosting the soiree.

Who's going on-line to enter the contest immediately? Isn't it more about the chance to meet Britney anyway. And what about Sutton Pierce, can he be part of the prize somehow? If so then I am buying the album now. More crazy K-Fed pics from his GQ shoot so read more

Previous Next Start Slideshow
Kevin Federline
Around The Web