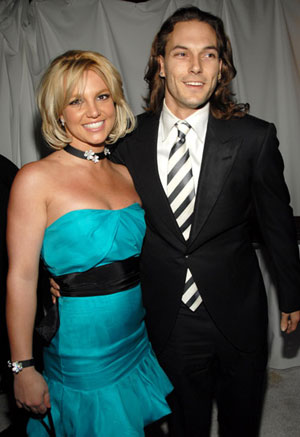 After the disappointing album sales of Playing With Fire, Kevin Federline is at it again -- only this time he's changing his tune. Rumor has it that The Fed (in conjunction with Federation Records, natch) is planning on releasing an R&B album of love songs as a last ditch effort to win back his ex, Britney Spears.

The working title of the album is In The (Love) Zone: Kevin Does Romance.

Apparently he is planning on including covers of some well known tunes, including Can You Feel The Love Tonight, Lets Get It On, and Not A Girl, Not Yet A Woman.

To hear more details about the album, and hear an early clip of his crooning just read more

APRIL FOOLS!!!!! But seriously, how embarrassingly hilarious would that be?!?