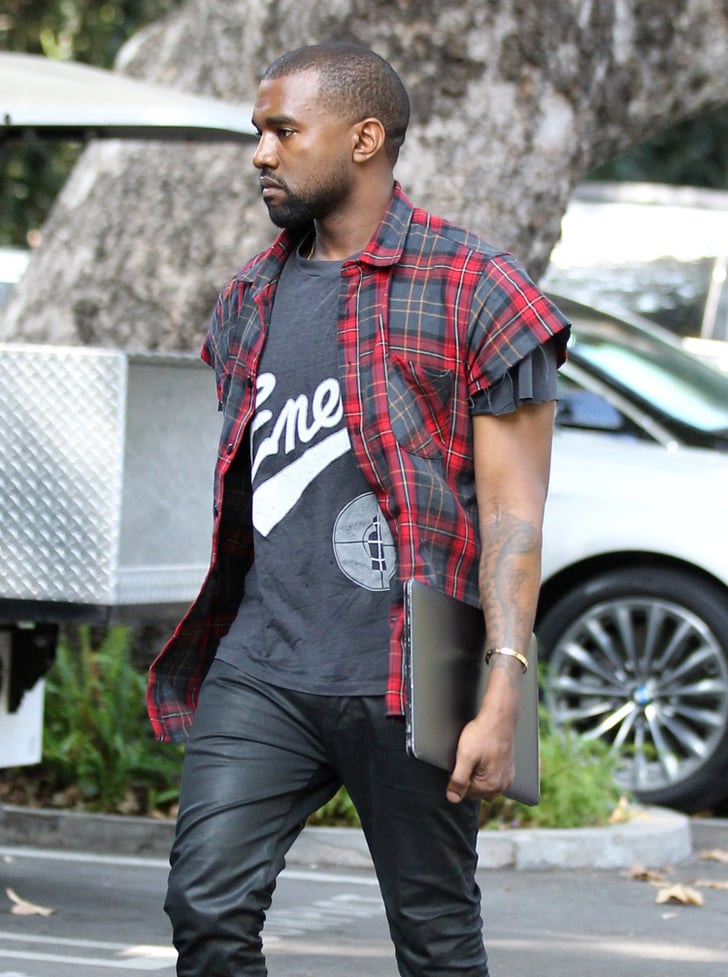 Kanye West arrived for a business meeting at the Hotel Bel-Air via black Lamborghini on Thursday. The newly engaged hip-hop star held on to his laptop as he made his way into the building. Kanye is back in Southern California after making a special trip to San Francisco earlier this week. He proposed to his girlfriend, Kim Kardashian, in front of family and friends at the city's AT&T Park on Monday night. Kanye got down on bended knee while an orchestra played and presented his lady with a 15-carat diamond ring — you can watch it all go down right here. In addition to putting a ring on it, Kanye also performed two shows during his time in the Bay Area. He hit the stage in San Jose and Oakland as part of his Yeezus tour, and he'll soon be heading to Las Vegas for a concert at the MGM Grand Arena. His new fiancée will also be in Sin City, as she's set to host her 33rd birthday party at Tao on Friday.

Kanye West
So . . . Yeezy Might Be Launching Beauty Products Soon
by Danielle Jackson 6/16

by Quinn Keaney 31 minutes ago