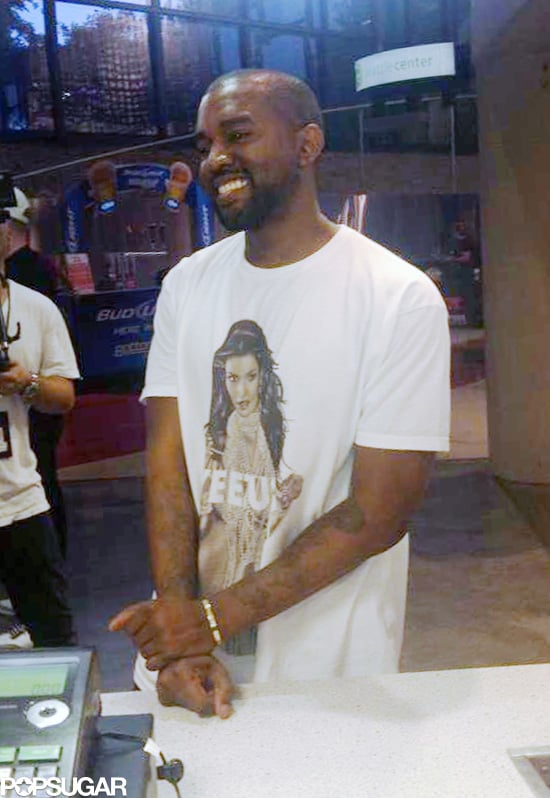 Forget about wearing your heart on your sleeve, Kanye West wears Kim Kardashian on his shirt. Before kicking off his Yeezus tour in Seattle, WA, on Saturday, the rapper mingled with fans while wearing a t-shirt that featured a photo of Kim from her 2007 nude photo shoot for Playboy with the words "Yeezus" written over the NSFW parts. Kanye is clearly a fan of Kim and her sexy snaps — last week, he tweeted his excitement about returning home after Kim shared a revealing photo of her postbaby body on Instagram, "HEADING HOME NOW," Kanye tweeted at Kim after she shared the picture with her followers.

Aside from keeping Kim on his shirt, Kanye is also keeping Kim close during his tour. Kim is traveling with Kanye during his tour and tweeted a sneak peek photo of the rapper on Saturday (this time, not wearing a Kim-themed shirt) ahead of his Seattle show. Hopefully Kanye has something special planned for Kim today as she is celebrating her 33rd birthday. 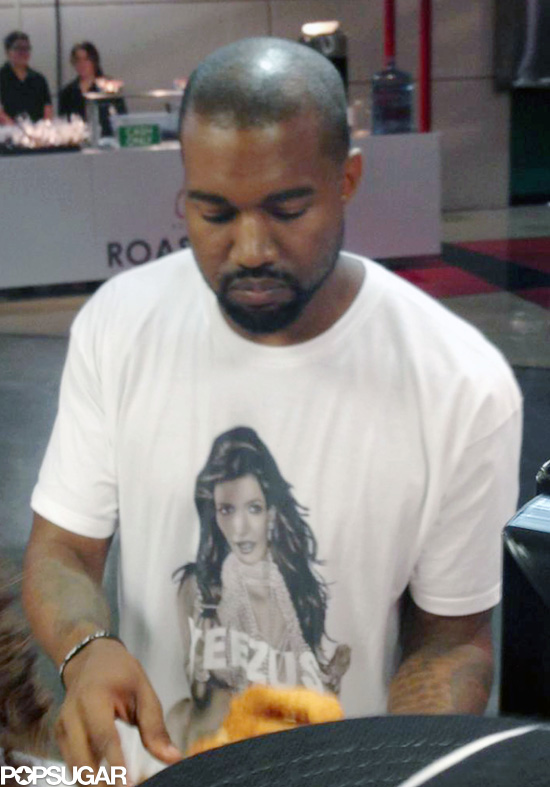 Adele
Adele and Skepta Are Dating, and Things Are Apparently "Heating Up"
by Monica Sisavat 1 hour ago

The Voice
Gwen Stefani and Blake Shelton's Complete Relationship, From The Voice to the Ring
by Amanda Prahl 3 hours ago