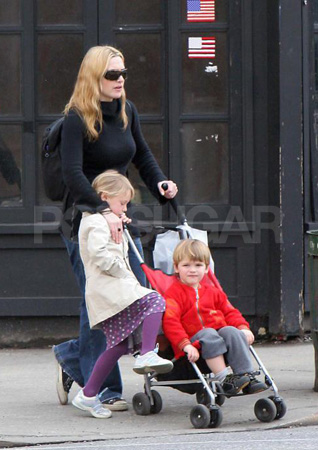 Kate Winslet looked fabulous as always (and a little like Madonna, or is that just me?) out with her two kids in New York last week. It's hard not to love Kate, who has always struck me as one of the most gracious and down-to-earth (as lame as that phrase is) celebrities around. This week the actress who has often publicly spoken about being proud of her womanly figure made another breakthrough for "real" women everywhere by winning her lawsuit against Grazia Magazine, which last year reported that she was dieting. She's even planning on giving the money from the lawsuit to an eating disorder charity. She just keeps getting better. Rock on, Kate!

Bindi Irwin
Send Tissues! This Exclusive Look at Bindi Irwin's Baby Shower Has Us in Tears
by Maggie Panos 20 hours ago