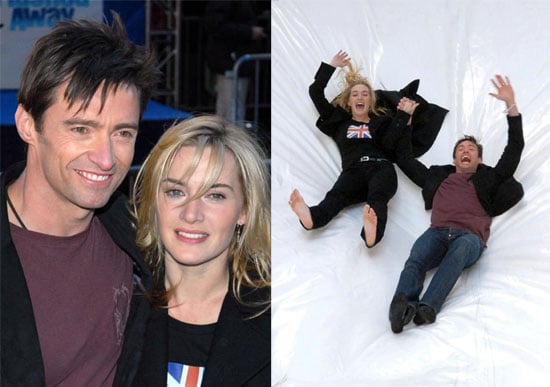 Kate and Hugh know how to make an entrance

Kate Winslet and Hugh Jackman passed up the red carpet for a white toilet at the premiere of their new film Flushed Away. The two lent their voices to the animated flick about a society mouse (Jackman) that is accidentally flushed down the toilet. He ends up in Ratropolis where he hooks up with Rita, Winslet's character. The film opens this weekend. These two look like they are having a blast! Let's hope that they are the only thing about this film that goes down the toilet! 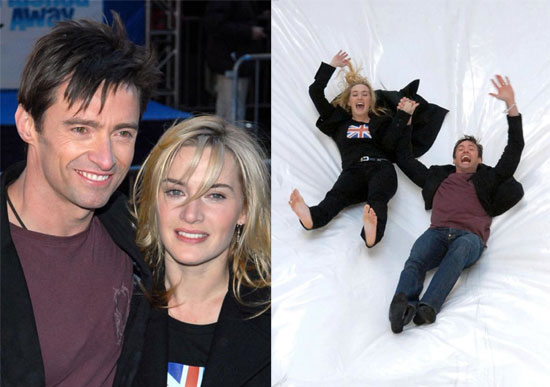 For more pics of them at the premiere just read more

Kate Winslet
Will There Be Another Season of Mare of Easttown? Sounds Like Kate Winslet Is on Board
by Yerin Kim 6 days ago