Kate Hudson is adorable, single and stylish. Her fashion sense has been labeled as boho hippy chic. While she makes it sound super easy, we think she puts a little thought into her everyday look. In a a recent fashion interview she was even compared to another fashionable Kate. Here's more: 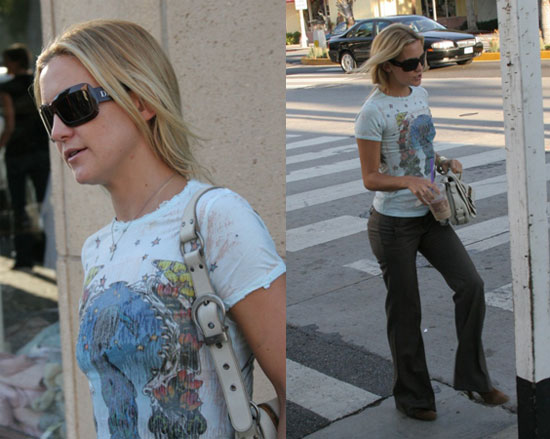 QUESTION: You have been described as boho, hippy chic

KATE HUDSON: I would kind of agree with that.

KATE HUDSON: I'd agree with that. I'd say Kate and I have one thing similar. Everybody would say its fashionable but I think we are both the kind of people that kind of wear what's on the floor (laughs). We just kind of hop out of bed and put on a bunch of stuff and just kind of leave the house and don't even think about it. So I guess that could be kind of considered boho.(laughs)

More of Kate shopping around town so read more

Previous Next Start Slideshow
Kate Hudson
Around The Web