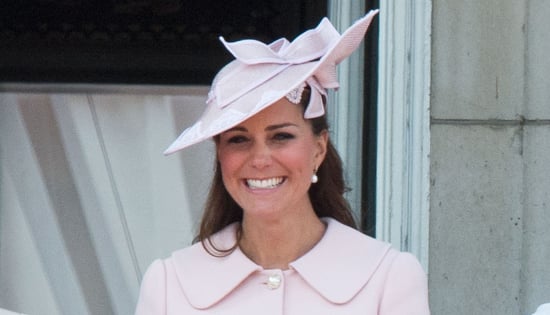 Kate Middleton has gone into labor, the palace has confirmed. She checked into the Lindo Wing at St. Mary's Hospital in London around 6 a.m. local time, where she is set to give birth. Now, it's only a matter of time before the royal baby makes his or her appearance! The palace released the following public statement:

Royal watchers will be keeping a close eye on Buckingham Palace as the royal family will confirm the birth of the baby and its gender with a simple paper announcement placed at the Palace's gates. Following the traditional announcement, palace officials will break the news to digital watchers via Twitter. Kate and Prince William will debut the baby with a special photo op on the steps of St. Mary's Hospital. In the meantime, take a look back at Kate Middleton's most memorable appearances, and get to know the royal baby's family ahead of its big arrival.

Eve
"We Finally Get to Tell Everyone!!!" — Rapper Eve Is Pregnant With Her First Child
by Chanel Vargas 15 hours ago