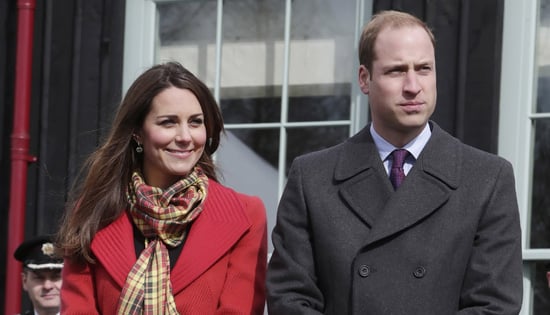 Kate Middleton and Prince William are putting the finishing touches on their new home, and that includes hiring their housekeeper. Will and Kate have hired Antonella Fresolone, one of Queen Elizabeth's housekeepers, to run their abode in Apartment 1A at Kensington Palace, where they will move to in the Fall. She is reportedly already helping the expectant couple out by working with them in their current home at Nottingham Cottage. The new housekeeper isn't the only person helping the couple as they prepare for their new baby — Kate Middleton went shopping with her mom at an upscale baby store in London back in April, where the two bought a large white basket for the new little royal.

It's a good thing that Kate has been getting help and rounding out her household staff, as she has been busy with work all through her pregnancy, including spending her two-year wedding anniversary with Prince William at a children's hospice. She and William may be expected to dedicate more of their lives to their royal jobs, as there have been rumblings about the prince quitting his job with the Royal Air Force once Kate gives birth. Either way, the two won't have Prince Harry around to help out over the next week since he is gearing up for a tour of the United States beginning tomorrow.