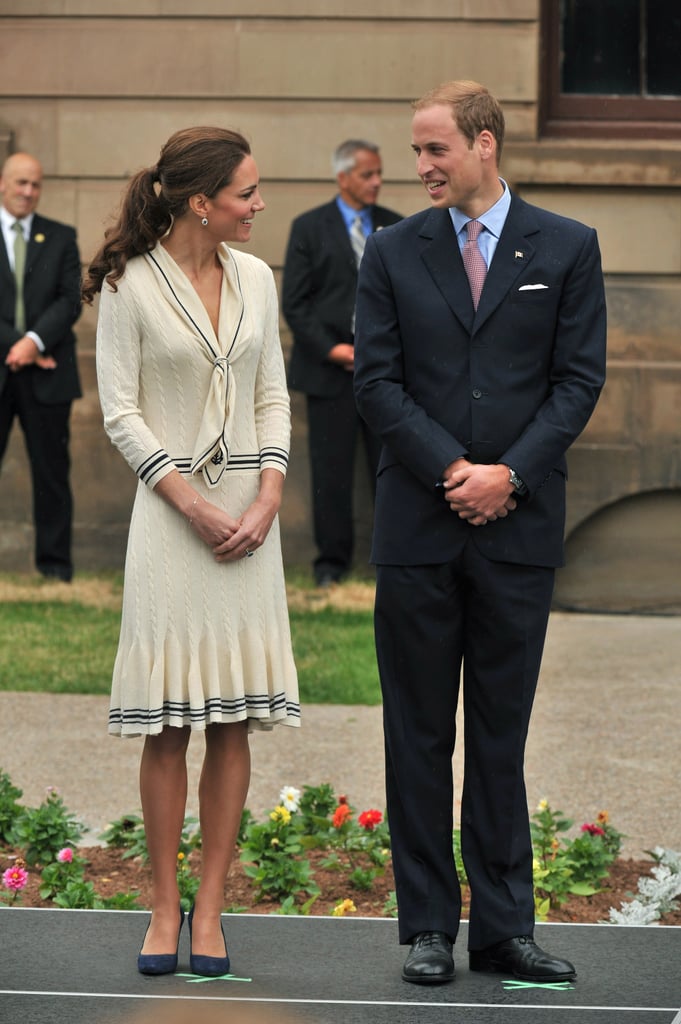 The Duchess of Cambridge, Kate Middleton, wore two white outfits for her Sunday afternoon and Monday morning in Canada. On July 3, Kate sported a simple dress, while this morning she looked sporty in her Alexander McQueen by Sarah Burton sweater dress and ponytail for a stop by the Province House in Charlottetown, Prince Edward Island. The casual hairdo was perfect for later in the afternoon when William and Kate competed against each other in a dragon boat race. Earlier in the weekend, Prince William and Kate visited at-risk youth and participated in an interfaith church service, where Kate revealed to a local father that she "hopes" to have kids soon. Today is the fifth day of the Duke and Duchess of Cambridge's North American tour, and they barely have time to catch their breath between events with another full week ahead including a weekend in LA to cap it off.

Issa Rae
Issa Rae Keeps Her Private Life to Herself, but Here's What We Know About Her Fiancé
by Hedy Phillips 11 hours ago