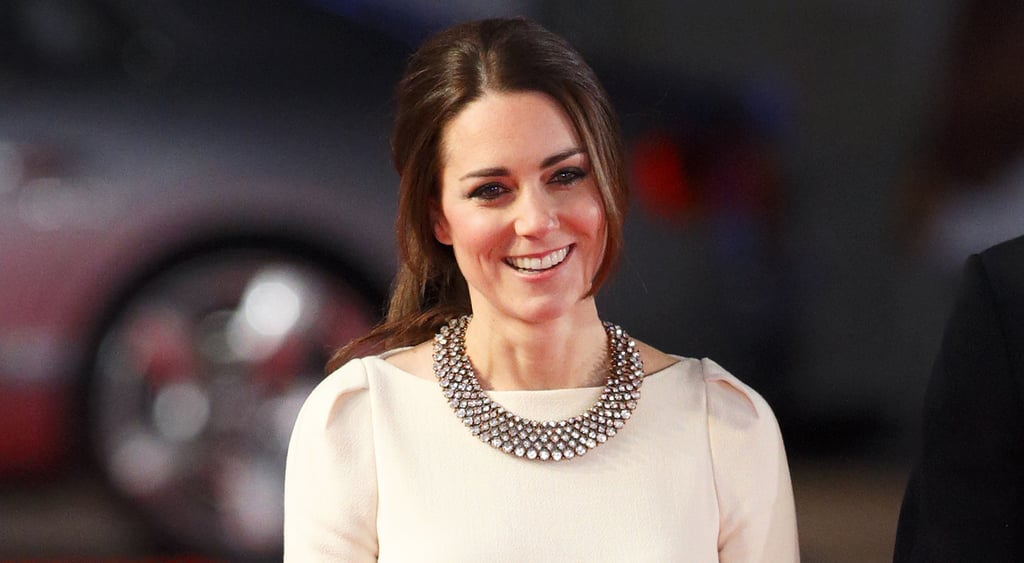 The Duchess of Cambridge can now add "writer" to her ever-growing résumé. Kate Middleton recently penned a foreword for Living in the Slipstream, a collection of stories told by the wives of Royal Air Force servicemen. She writes, "I loved my time in Anglesey. But I can't pretend I didn't feel anxious when William was flying in challenging conditions, but he loved it and I felt incredibly proud of him." The book, which hits shelves in the UK in May, will benefit the Royal Air Forces Association and the RAF Benevolent Fund. According to reports, Kate was approached to do something for the book and decided that she would like to write the foreword. She isn't the first writer in her family, as her sister, Pippa Middleton, has penned columns for The Spectator and The Sunday Telegraph. The younger Middleton is also a contributing editor to Vanity Fair and wrote a party-planning book, Celebrate, in 2012.

Kate can perhaps rest a bit easier these days, now that William has officially retired from his RAF Search and Rescue duties to focus on his royal engagements. William is currently enrolled at Cambridge University in a special 10-week intensive agriculture course, which will prepare him for when he takes over the Duchy of Cornwall from his father, Prince Charles.

Image Source: Getty
The RoyalsKate MiddletonPrince William
Around The Web